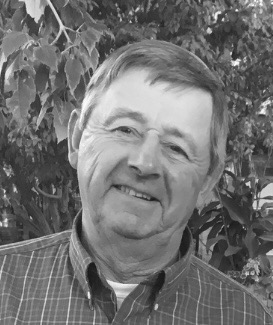 Jim Korte, 77, of Buhl, passed away January 21, 2022 at home surrounded by his family after fighting a six month courageous battle with leukemia.

Jim was born September 21, 1944 in Omaha, Nebraska.  When he was 10 months old, he was adopted by Louis and Freida Korte.  Two years later Jim got a brother when they adopted Tom.  They lived in Nebraska until moving to Idaho when Jim was in the second grade.

He grew up in the country in Buhl farming and milking cows with his family.   He graduated from Buhl High School in 1963 and joined the National Guard where he served for six years.  Jim met the love of his life, Nedra Morrison, and they married in 1965.  She became his soulmate and work companion for 56 years.  Everyone that knew them said there wasn’t a Jim without a Nedra and a Nedra without a Jim.  They were blessed with three daughters who eventually gave him the boys he’d always waited for, six grandsons.  He thoroughly enjoyed watching and supporting all of their sporting events and activities.

In their early years of marriage Jim held multiple jobs.  He was employed by John Deere for eight years, farmed, hauled hay, and saved enough money until they could buy their first 10 heifers.  This was the beginning of their cattle operation.  They later joined his mom, Frieda Roberts, and his step dad, Thaine Roberts, to run the family farm together.  During his busy farming days, he developed a love for restoring and collecting John Deere tractors and antiques.  He was incredibly creative and smart and could fix anything.

Jim remained active in many organizations and events throughout his life.  He and some local buddies were instrumental in creating the antique tractor pullers association in which he also participated.  He was a member of the Nash car club.  Jim and Nedra were honored with the Grassman of the Year Award and were inducted into the Livestock Hall of Fame.  They were most proud of their family farm reaching Centennial status in 2013.  In 2019 they sold the cattle and began retirement activities of traveling and collecting antiques, but unfortunately this was cut short due to his health.

Jim was at his happiest when he was surrounding by his family.  He also enjoyed time spent in his shop restoring tractors, fixing equipment, and welding just to name a few.  He welcomed the interruptions when friends would stop by for a cold beer.  His family will cherish all of his knowledge and gifts that he shared with them over the years.  He was a man of high integrity, honesty, generosity, with a heart of gold.  He was a hardworking, humble man that was loved by everyone that met him.  He will be greatly missed.

The family would like to thank the oncology team of Dr Peterson and Dr Kreisle and their staff for their expertise and compassionate care.  They would also like to thank Auburn Crest Home Health and Hospice, and most specifically Anita Jones, RN for her loving, dedicated care.

In lieu of flowers, donations may be made to Buhl Quick Response or charity of choice.

To order memorial trees or send flowers to the family in memory of Jim Korte, please visit our flower store.