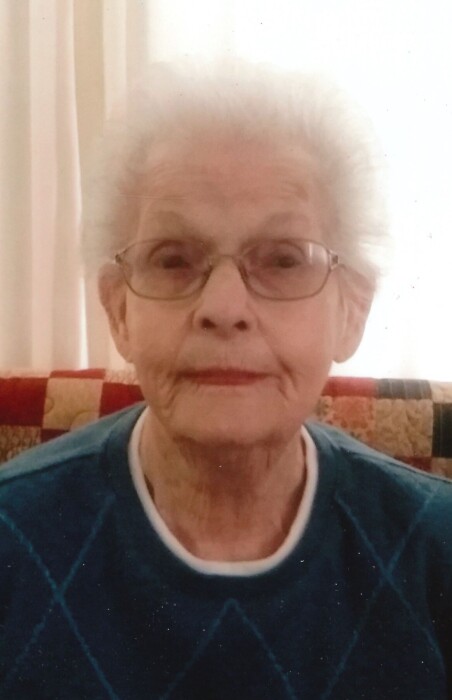 Joanna Ruth Aufdenkamp, 95, entered into sleep until she wakes again, on April 18, 2021 in the home she shared with her husband, George, until his passing in Buhl, Idaho.

Joanna and George were married on April 26, 1947 in El Cerrito, California. They lived in California, Idaho, Arizona, back to California and then to Buhl, Idaho almost 33 years ago. Joanna worked in retail sales, seamstress, clerical and finally as a warehouse packer for Sharpe Army Supply Depot, retiring in 1972. She and George served as Camp Hosts for several years in the Sawtooth’s in Idaho, but only after George bought her a generator so that she could watch her movies while George hiked. Joanna also volunteered for years at the West End Senior Center in Buhl.

Joanna loved chocolate, cookies, flowers, and cards, especially the ones that included pictures of her grandchildren and family, in the waning years of her life. Being mostly confined to an electric liftchair the last couple years, her favorite pastime was watching movies, old and new, but mostly musicals. Her favorites being, “Mama Mia”, “Hello Dolly”, “Sound of Music”, and her vary favorite, “Best Little Whorehouse in Texas”.

Her family would like to thank all the family and friends for all the words of encouragement and remembrances. We would also like to thank Idaho Home Health and Hospice for their loving care, especially Grace, Melissa, and Leilah. A special thanks to Jeanne G. (Loving Hands) who sat with Joanna when Lyle and Cathe had appointments. She loved Joanna, and Joanna loved her.

Memories and condolences may be shared with the family on Joanna’s memorial webpage at www.farmerfuneralchapel.com

To order memorial trees or send flowers to the family in memory of Joanna Aufdenkamp, please visit our flower store.