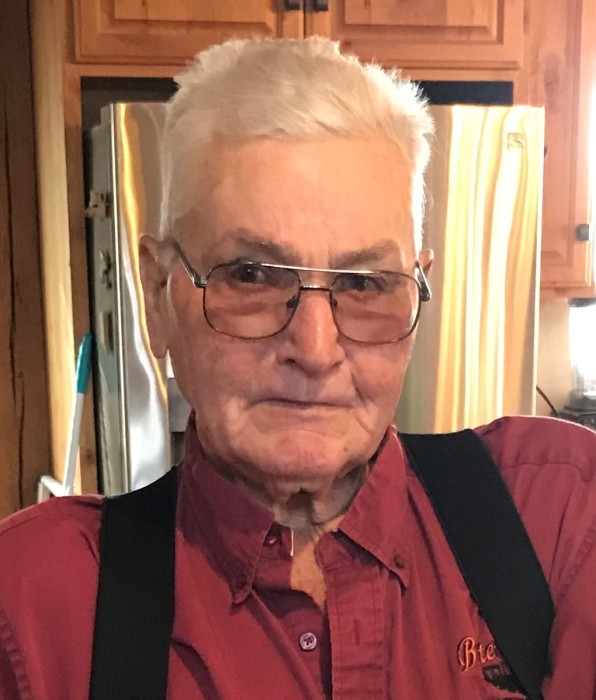 Fred passed away on December 2, 2019.  He was born in Buhl, Idaho to Joseph and Sylvia. Three years later, his sister, Jane was born. His early years were spent on a farm in Hazelton, Idaho. His father passed away when Fred was 10 years old. He was raised by his mother in Twin Falls. They lived in South Park near his Uncle Merlin and Aunt Margie. The summers were spent on the farm in Buhl with his Uncle Chick and Aunt Amy.

He graduated from Twin Falls High School in 1951.  He joined the Army and spent two years serving in Korea. After his service he went to Northern California to work in the woods and drive truck.

In Fort Bragg, California he met his wife Marian. They were married for 56 years. While living in Fort Bragg, Tim and Joe were born. They then moved to a log camp, and Dale was born. When they were expecting Pam, they moved to Redway, California. Margie and Kevin followed.

In 1970, Fred brought his family to Idaho. Fred farmed for Don and Betty Lou Wright for 23 years. During his retirement he returned to driving truck for his son Dale until a couple of years ago. He took great pride in seeing the Butterworth name on the side of the trucks. He was proud of all his kids. He loved watching his kids and grandkids in sports and activities. He enjoyed reading western novels and watching old westerns on TV.

Fred loved the Buhl community. He was friendly with everyone he met. Almost everyday he went to Jackson’s for coffee or iced tea and visit with other patrons. He stopped at the Corner Mart to visit and he went to Ridley’s for a few groceries. A couple of times a week he would go to Clover Leaf Creamery to get milk.

Fred was preceded in death by his wife, Marian; parents, Joseph and Sylvia; sister, Jane King; son, Tim Butterworth; and a grandchild.

Memories and condolences may be shared with the family on Fred's memorial webpage at www.farmerfuneralchapel.com

To order memorial trees or send flowers to the family in memory of Joseph "Fred" Butterworth, please visit our flower store.