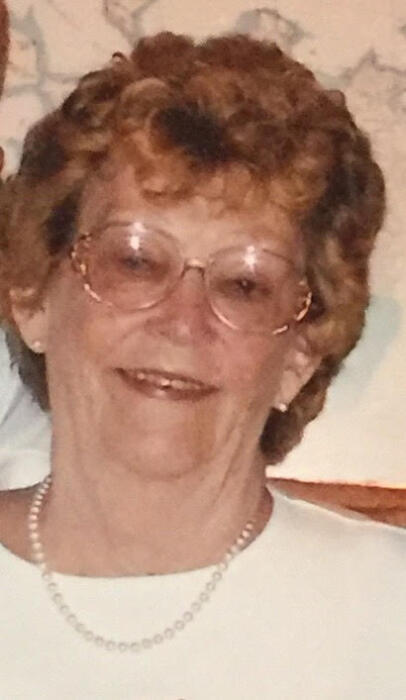 Joy Elizabeth Potts, formerly of Shoup, Idaho passed away following a lengthy illness on November 6, 2021 at her home in Buhl, Idaho. Joy was born January 19, 1934 in Elko, Nevada to Lloyd and Marian Williams Blume, of Lamoille, Nevada.  She was named by her father, who said she brought him great joy.

She grew up on the family ranch, and as a youngster quickly became her father's shadow, helping with the various chores. She attended elementary school in Lamoille, enjoyed her friends, and once took down the school bully on the playground when she'd had enough. Joy graduated from Elko High School in 1952, and attended the University of Nevada - Reno, for a year, participating on the gymnastics team as the only member who could do the Chinese Splits.

While visiting family in Mackay, she met a handsome, young cowboy named Stan Potts. During that first conversation, she told him she milked cows, and he was hooked. They were married March 7, 1954 at the Little Church of the Crossroads in Lamoille. Joy and Stan became the parents of three daughters, Kay, Robyn and Stani.

The family settled into ranch life near Wells, Nevada at the Angel Creek Ranch in Clover Valley. Joy and Stan worked side-by-side developing the ranch and raising their daughters. She enjoyed the outdoors, bird watching and hiking the nearby hills looking for arrowheads. Joy also enjoyed knitting and tole painting as hobbies.

The couple's career as big game outfitters began in Clover Valley, and later in Idaho's Frank Church River of No Return Wilderness area. Recently, Joy and Stan were recognized by the Idaho Outfitters and Guides Association, Salmon River Chapter Hall of Fame, Class of 2021.

Joy was an accomplished cook, and many hunting clients were amazed to dine on fine wine and mushroom sauces and home baked bread in the cook tent after a long day of hunting. Her daughters were amazed how she could stretch the family meal for five into a generous meal for ten when company arrived at dinner time.

As Joy's illness progressed, and she was not able to get around, she enjoyed playing Solitaire, spoiling her cats, Puss and Boots, watching the quail family that lived in her flower bed, and each morning she counted the cows in the pasture.

The family is grateful for the care shown by the Twin Falls County and Buhl Emergency Response teams, Coroner's office, and Farmer Funeral Chapel in Buhl. At Joy's request, no public funeral service will be held. A family gathering in her memory will be held at a later date. Joy loved flowers, and to honor her, the family requests that you send flowers to your mom or grandma or visit your loved ones with a bouquet in hand.

Memories and condolences may be shared with the family on Joy’s memorial webpage at www.farmerfuneralchapel.com.

To order memorial trees or send flowers to the family in memory of Joy Potts, please visit our flower store.