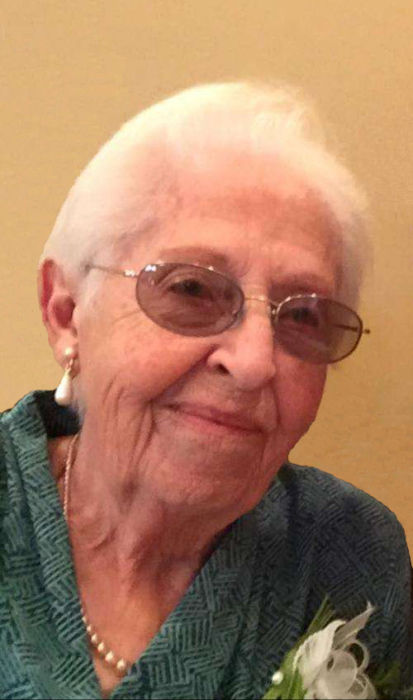 Juanita went to Lincoln O’Leary Junior High and graduated from Twin Falls High School in 1947 and soon met a young man from Missouri named Herman Alfred Frey. They were married on June 6, 1948.  The young couple moved to the Castleford area and had five sons, Richard (Sue), (Flower & Roger) Jack (Diane &  Brigg) Mark (Cindy), James (Jackie) and Quintin (Shellie); and their life was spent farming and experiencing the many adventures that five active sons would bring to their family.

Juanita enjoyed cooking her famous popcorn balls, cast iron skillet taco pie, and her famous sheet cake.  She loved gardening and enjoyed canning and taught her daughters-in-law the art of canning.  She had an incredible faith and love for her Lord and Savior.  Juanita loved her bible study, the many friends she made, and being a member of the Castleford Grandmother’s Club. She was a kind, giving and loving wife, mother, grandmother, great grandmother and friend to many.

Juanita is survived by her four sons; her sisters, Pauline and Peggy; and a number of special, unique and beautiful grandchildren and great grandchildren.  She was preceded in death by her husband, Herman; sister, Billy; son, Jack; and granddaughter, Harley.

Memories and condolences may be shared with the family on Juanita’s memorial webpage at www.farmerfuneralchapel.com.

To order memorial trees or send flowers to the family in memory of Juanita Frey, please visit our flower store.