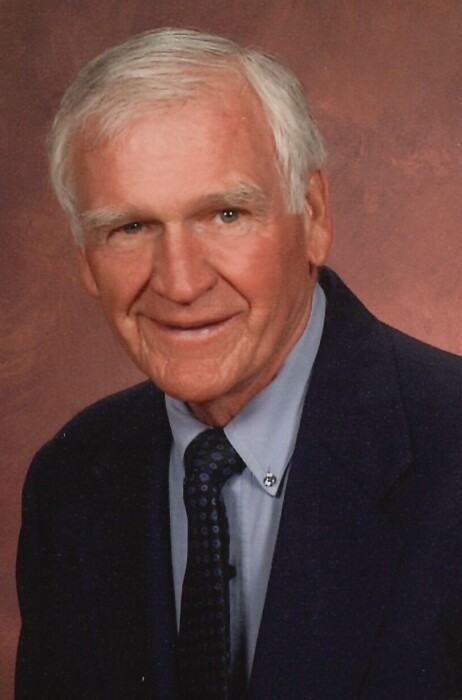 Larry was born February 2, 1940 to Edgar and Lela Johnson in Buhl, Idaho. He was the youngest of four children, predeceased by his brother, Loren Johnson, and sister Karen Johnson, and is survived by his sister, Genevieve Johnson Olds.

Larry grew up working hard on the family farm making money milking cows while attending school in Buhl. He graduated from Buhl High School as a student athlete, lettering in football and basketball. He was active in 4-H, Future Farmers of America, and a member of the National Honor Society.

He graduated in 1958 and married Buhl High School Junior Class Officer and Varsity Cheerleader, Donna Greenman. They had two children together, daughter, Kim now living in Tucson, Arizona with her husband Carlos Canino; and son, Curtis, who passed away in March 2014.

Larry received his B.A. Degree at the College of Idaho and continued his Masters studies at the University of Washington in Seattle and was hired as a computer programmer by Boeing Aerospace. After receiving a great opportunity to join Rocketolyne, Larry moved the family to Los Angeles, California working there several years. Later, his programming skills were put to work by various companies and was involved in the development of voice command Banking Systems.

Stepping away from the corporate world, Larry tried his hand at Real Estate development. Along with his two children, he purchased and renovated distressed properties for rent or sale, bringing them closer together.

He enjoyed spending his summers with friends and family in Buhl, staying with one of his two sister’s homes at Moonglo Mobile Park. It was here he met, courted, and later marred Connie Winkle, on June 7, 2008. They designed and moved into their own Moonglo home that same year. Larry cherished his time with Connie and enjoyed his new extended family of JoAnn and Michael Gemar and Greg and Becky Winkle.

Larry loved the game of golf, whether watching, or playing himself, and became a member of Clear Lake Country Club. He enjoyed serving on various community organization committees such as, the Kiwanas, West End Men’s Association, and the Buhl Planning and Zoning Commission.

By Larry’s request no formal services are to be held. A small private family gathering will be held at a later date, sometime next summer.

Special thanks go out to the staff at Canyon’s Retirement Community and Hospice Visions for their compassionate care of Larry.

Memories and condolences may be shared with the family on Larry’s memorial webpage at www.farmerfuneralchapel.com.

To order memorial trees or send flowers to the family in memory of Larry Johnson, please visit our flower store.