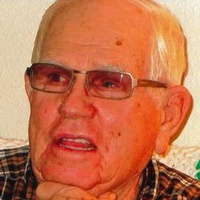 Larry Carl Voss, 79, of Buhl, Idaho passed away on July 14, 2017 at his home. Larry was born in Twin Falls, Idaho on April 30, 1938 to Ernest and Willa Voss. Larry attended grade school at the Fairview school, graduated from Buhl High School in 1956, and attended the University of Idaho. After attending the university for two years he returned home to take over the family farm due to the illness of his father.
On October 14, 1960, Larry married his best friend and love of his life Linda Stout. In 1975 Larry and Linda welcomed their son Chris into the world. Larry loved living and working on the farm and found it to be a great place to raise their son. The farm held cherished memories of Larry's own childhood and provided many more memories with his grandchildren and family. Larry had a love for dogs and really enjoyed providing a home to many rescues and strays over the years.
After retirement Larry loved spending time with Linda and taking trips to visit family. Larry also loved attending his grandchildren's activities and events and especially enjoyed spending time with them whenever possible. Even after retirement Larry continued to be involved in agriculture by working with his son at Seneca during the summer months. During these summer months he was able to work alongside his son doing what he loved.
Larry was preceded in death by his parents. He will be deeply missed by Linda his wife of 56 years, his sister Sandra Hieb (Roger), his son Chris (Anissa), grandchildren Christa, Cassidy, Jackson, and Addison.
The family wishes to thank all who assisted in the response and for the outpouring of love and support from friends and neighbors. In lieu of flowers, memorial contributions can be made to the Buhl Quick Response Unit or the animal shelter.
A funeral service will be held at 11:00 a.m. on Thursday, July 20, 2017 at the Buhl First Christian Church. Interment to follow the service at the West End Cemetery. A time of visitation will be held between 5:00 and 7:00 p.m. on Wednesday Evening at Farmer Funeral Chapel in Buhl, Idaho.

To order memorial trees or send flowers to the family in memory of Larry Voss, please visit our flower store.