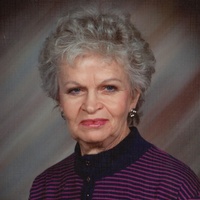 LaVerda Jean Palmer of Buhl passed away at a local care facility Sunday, March 3, 2019. LaVerda was born on January 28, 1932 in Harveyville, Kansas to Leslie and Elma (Young) Fouts, along with her siblings.

LaVerda's family moved to Filer, Idaho in 1945. She attended Filer schools and graduated in 1949.

LaVerda married Samuel Stombaugh who later passed away from a drowning in 1955. She later found love again with Jack Palmer.

LaVerda was one of Jehavoh’s Witnesses and really enjoyed being part of the ministry. She also loved to fish, hunt, horse riding, cooking, gardening, and raising the family off of the land.

LaVerda was preceded in death by her son; and three siblings, Earl Fouts of Washington; Marvin Fouts of Twin Falls; and Linda Sue Garrett of Boise.

Memories and condolences may be shared with the family on LaVerda's memorial webpage at www.farmerfuneralchapel.com.

Farmer Funeral Home
To order memorial trees or send flowers to the family in memory of LaVerda Palmer, please visit our flower store.