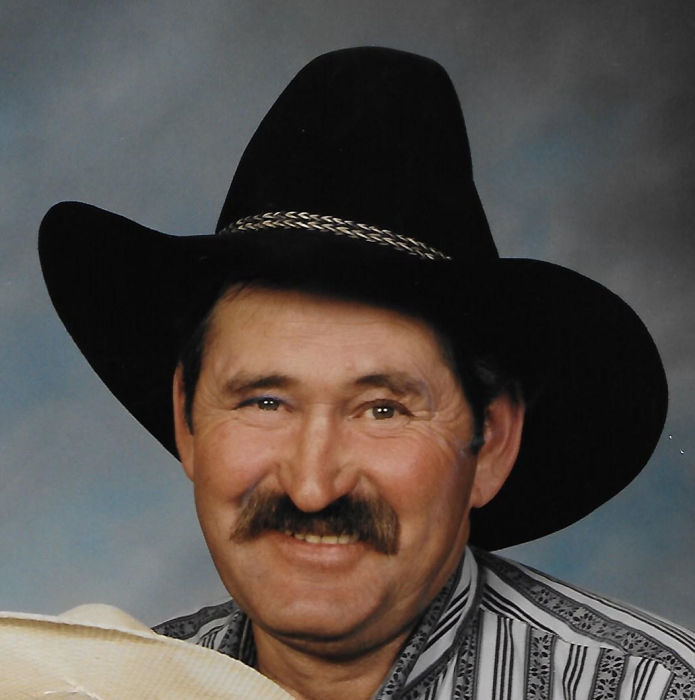 Loren Martin Robinson passed away April 18, 2020. He was born April 28, 1940 in Richfield, Idaho to Willet “Slim” and Velma Robinson. He was the third youngest of 11 children. His mom passed away when he was nine years old, at which time his dad also left. He was raised by his older siblings until the age of 14 when he left to the C3 Ranch in Ely, Nevada to cowboy with his dad and some brothers. This was the beginning of what would end up being a life-long career in cowboying.

When he was 22 years old, he met the love of his life, Colleen Bailey, at a little restaurant in Paul, Idaho. They were married June 8, 1963 and didn’t waste any time starting their family. Together they shared six children and many homes. They were married for 21 years and later divorced, he never remarried.

Loren appeared larger than life to all his children, this could have been due to the line of yarn that he weaved to them. He told his children he once slayed a polar bear with only a pocketknife, and that he was once on the run and had to rope a boulder 1000 yards across the canyon for him and his horse to tight rope across.

If you were to ask Loren what some of his fondest memories were, he would probably say his time at San-Jacinto Ranch in Nevada. There was one point when he hired his four oldest children to also be his ranch hands while his wife ran the cook house. He was doing what he loved with people he loved most.

If words could come close to describing the man we love so much they would be “as strong as an ox, stubborn as a mule, as witty as can be and a fighter through and through.”

He was preceded in death by both of his parents; five brothers; and two sisters.

The family would like to thank the nurses and CNAs at Desert View Care Center for taking care of Loren the last couple years and loving him like he was your own family, you all truly made his life a little bit better.

“If heaven needs a cowboy, they’re gettin’ a top hand, one good horse on a thousand hills, he’ll be ridin’ for the brand, and if the pearly gates can’t hold the cattle, he’ll get ‘em roped and tied, I hope there’s a piece of the Promised Land for cowboys when they die.”

A memorial service will be announced at a later date.

To order memorial trees or send flowers to the family in memory of Loren Robinson, please visit our flower store.