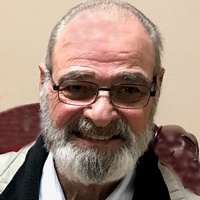 On December 1, 2018, at his home, Manuel Pinho Teixeira went to be with our heavenly father and his daughter LaSalette, who preceded him in death on August 3, 1999.

He was born in Vila Real Portugal on October 8, 1950 to Albano and Conceicao Teixeira. In 1968, at the age of 18, he moved with his parents and siblings to California. While in California he met, fell in love and married his wife Maria in 1978. Together they raised a son and two daughters.

Manuel loved the outdoors and dedicated his life to running his own landscaping business and working at a Country Club Golf Course. In 1999, Manuel and his family moved to Buhl where he continued to enjoy the outdoor living. He embraced his Portuguese heritage by attending and helping at the IDES in Buhl, where he enjoyed socializing and dancing to Portuguese music.

He is preceded in death by his parents, and brother Joe.

He will be deeply missed by his family, friends, and all who knew him.

In lieu of flowers donations may be made to the Boys and Girls Club of Magic Valley.

To order memorial trees or send flowers to the family in memory of Manuel Teixeira, please visit our flower store.