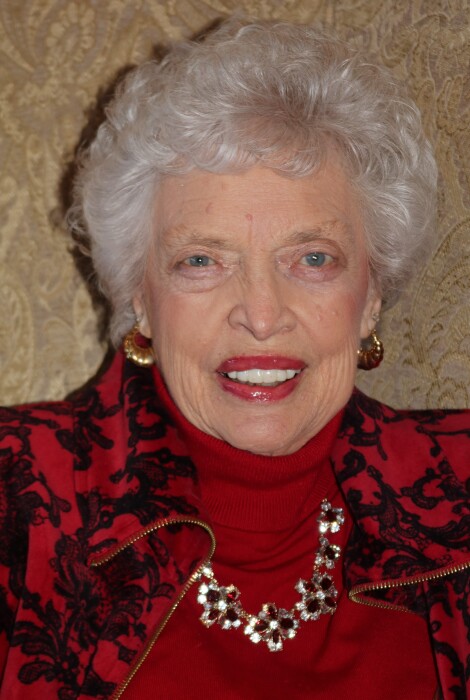 Our amazing mother, Margaret Irma Hamilton, left us peacefully on November 29, 2020 at her home surrounded by family of all generations.

Mom was born during the great depression in July of 1931, in Hailey, Idaho. She was the third child and only daughter of Lloyd and Kate Walker. She spent her early years chasing her two mischievous older brothers around and doing what kids did back then, riding horses, skating, babysitting, and playing piano. She had never-ending stories of miners fighting on Friday nights at the local watering hole, her girlfriends and their endless pranks, and of getting the chores done to attend the local dances, at which her Aunt Mabel often played the piano. During these times of listening to Aunt Mabel play, Mom realized that she herself could play any song by ear. She had a God given talent of playing and in her later years entertained family functions with her large variety of musical songs. These times in Hailey meant the world to Mom and those friends she made as a young woman became her lifelong friends.

Her father, Lloyd, was the local butcher, while her mother, Kate, stayed busy cooking, cleaning, and doing the chores of a farm hand. In her teen years the family moved to the outskirts of town where her Dad had a slaughterhouse and raised cattle on the ranch along the Big Wood River north of town, which is the present-day Albertson’s.

She was an outstanding student and graduated from high school at 16. Mom worked in a local bank there in Hailey and later joined her brother, George, in St. Louis where she continued her banking career. Mom was soon called back home to Hailey when her mother had health issues.

It was during this time that a tall, handsome man knocked on the door of their farmhouse asking permission to cross on their property to go fishing on the Big Wood River. As fate would have it, Mom had forgotten a wedding gift and had ran back to the house to grab it. When the door knocked, she answered and there stood Pat “J.P.” Hamilton asking for permission to fish. The story is told that very little fishing got done that day, instead a 52-year love story had begun.

That fishing expedition soon resulted in a June wedding held at Trail Creek. After which, Dad brought Mom to Buhl where they made their home and began their family. Starting in 1955, something of a constant stream of children began with seven healthy, happy kids coming into this world in a span of 10 years. She was an amazing Mother! Always in constant motion caring for all of us kids, always cooking, cleaning, ironing, and playing referee to break up an occasional fight. She never missed a school event or moment to volunteer when the kids attended the Catholic School in Buhl. Mom didn’t lead a lavish life in terms of travel or material things. Her family was her life. She always reassured us that she wouldn’t have traded all the travel and clothes in the world for one moment with her family. Mom’s front door was forever revolving because of the constant stream of kids coming and going, which is the payback for being a wonderful Mother and excellent cook.

Mom and Dad spent countless hours at ballfields and gyms. Mom could be seen in her black and orange proudly perched in a bleacher with a herd of kids around to greet her. She was a huge supporter not only to her children and grandchildren, but also to any athlete that took to the court or playing field. She had a musical love, so she enjoyed and supported bands and anything that brought folks together. In later years, when walking was painful, she could be seen camped out during football games in lawn chairs with Lee Popplewell and Nelda Reynolds.  During baseball and softball season, she could be found in the outfield in her old caddy watching from afar with an occasional horn honk on a good play or hit. Unlike Dad, Mom really wasn’t a fierce competitor herself until you challenged her in a game of cards, then you would find she had a little fire!

Mom was a true Christian woman of Catholic faith. Later in her life, when Dad had passed, she and many of her friends were lonely widows. They formed a group that would get together at birthdays or after mass and go to dinner at the local Mexican restaurant where they enjoyed a margarita or “two”. They became known as the “The Birthday Girls”. These women have brought so many laughs and giggles to their senior years, and we are so thankful to each of them. In these last few years, we had the help of some amazing care givers, Angelica, Brittany, Laurell, and Darlene. These women loved our mom and gave her tremendous care. We are all so grateful for the care you provided.

While Dad was busy building and running the family banking business, Farmers Bank, Mom was the glue and foundation that held everything together in the family and home. They were a team together who set excellent examples for each of us to live by. Mom was a wonderful wife, mother, grandmother, sister, and friend to so many. She will be greatly missed and someday the hurt we all feel now will turn to wonderful memories that will be with us forever. We can all carry on knowing she is watching over us with that beautiful smile and kind heart…and probably wanting to feed us like she always did.

She was preceded in death by her husband, Pat “J.P.” Hamilton; parents; and brother, Lloyd Walker.

With heavy hearts, due to the COVID pandemic, we will need to keep the ceremony, rosary, and burial private. However, all events will be announced and livestreamed on the Farmer Funeral Chapel Facebook page. The rosary will be announced Thursday, December 3, 2020 evening and the Mass will be announced Friday, December 4, 2020 morning. Mom was loved by many in the community and we apologize that we cannot gather to celebrate her wonderful life with hugs and handshakes like she deserves.

In lieu of flowers we ask that you spread Mom’s kindness to someone in need, a good deed, food bank, or charity of your choice. God’s Blessing to all.

Memories and condolences may be shared with the family on Margaret’s memorial webpage at www.farmerfuneralchapel.com.

To order memorial trees or send flowers to the family in memory of Margaret Hamilton, please visit our flower store.