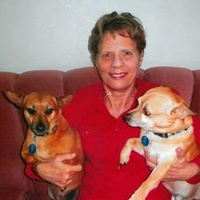 Mariann married John R. Avery on April 16, 1983. They had one child, a son, Alan Avery, on November 24, 1983. Mariann worked at Head Start for several years and also at a local daycare.
She was a member of the Calvary Chapel Church in Buhl and loved to do Bible Study every week with her women's Bible study Group. She loved to do weight lifting, working out on exercise machines at a local gym, and was a member of 60 plus, each year.

She was preceded in death by her grandparents, uncles and aunts.

A memorial service will be held at 2:00 p.m. on Friday, October 23, 2015 at Calvary Chapel in Buhl. Arrangements are under the direction of Farmer Funeral Chapel of Buhl, Idaho.

A special thank you to Hospice Visions Inc. For taking great care of Mariann and thank you to Calvary Chapel church members for all their help.

To order memorial trees or send flowers to the family in memory of Mariann Avery, please visit our flower store.