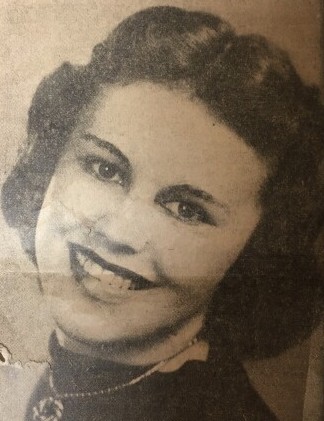 Marlene’s childhood memories were of living throughout western Oregon as her father sought employment during the depression years. One of her most enduring recollections came as a war time child watching anti-submarine blimps launch above the Tillamook coastline during World War II.

After graduating from Dallas high school, she met Marvin Armes at a dance in Redmond, Oregon and they married a few months later in Powell Butte, Oregon on June 3, 1954.  While Marv finished college, he and Marlene owned a doughnut shop in Corvallis.  After college, Marv started his sales career while Marlene was a homemaker managing children, dogs, and various farm animals.  In 1971, they moved to Idaho and purchased a small farm in Filer where Marlene was involved in 4-H with her children and enjoyed working in her flower gardens.  In 1978, they moved to Buhl where she volunteered for various organizations within the community – blood drive, voting stations, and many church functions - and resided there until her passing.

She enjoyed her flowers, birds, crocheting and hearing the stories of Marv’s hunting dog club adventures. Marv passed on May 5, 2019, after 65 years of marriage. Marlene and Marv were members of the St. Johns Lutheran Church in Buhl.

Memories and condolences may be shared with the family on Marlene’s memorial webpage at www.farmerfuneralchapel.com.

To order memorial trees or send flowers to the family in memory of Marlene Armes, please visit our flower store.