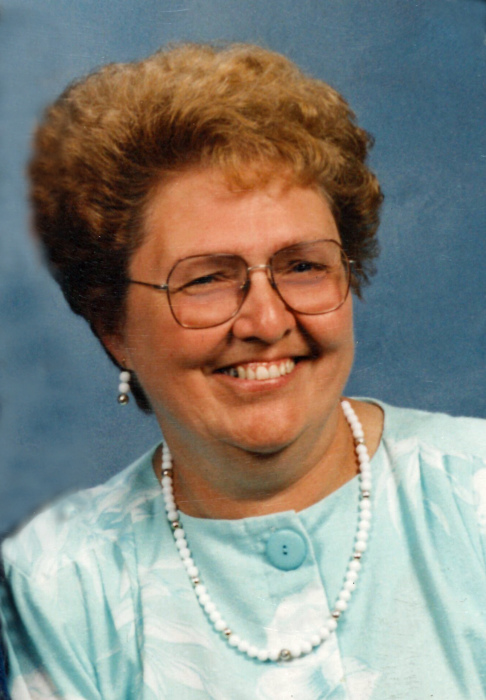 Marlene was born June 22, 1938 in Wisner, Nebraska to Blanche and William Voorhees. She had two brothers and three sisters. The family moved to Buhl, Idaho in 1943 and she lived in Idaho for the remainder of her life.

Her father, William, worked at a milk processing plant until his untimely death in 1968. Marlene married Glenn Herzinger on August 12, 1956. Glenn had a milk truck, worked at Green Giant but mostly farmed and on the farm is what Marlene helped with the most. During this time while working on the farm, she raised her five children. Her first child, son Kelvin, died in infancy of pneumonia. Her next two sons, Terry and Rodney, were born in the same year exactly ten months apart. Scott and Jeff rounded out the family of boys. The kids were raised on a farm and they milked cows and took care of the farm. Marlene used to say that the reason she never had to milk cows was because that was a part of her wedding vows.

Marlene loved to collect salt and pepper shakers and she collected well over 500 sets. She liked to volunteer as a grandma at Buhl Elementary school. She would help in the kindergartner classes and they would all call her grandma. She loved to go to lunch with classmates and family and she loved to spend time with all her grandkids. She loved life and everyone in her life. She was a wonderful wife, mom, grandma and great grandma.

A funeral service will be held Wednesday, September 4, 2019, 11:00AM, at Peace Lutheran Church, 600 Stevens Ave, Filer, Idaho with viewing one hour prior to service. There will be a luncheon at the church and then graveside service will follow at West End Cemetery, Buhl, at 2:00PM.

Memories and condolences may be shared with the family on Marlene’s memorial webpage at www.farmerfuneralchapel.com.

To order memorial trees or send flowers to the family in memory of Marlene Herzinger, please visit our flower store.