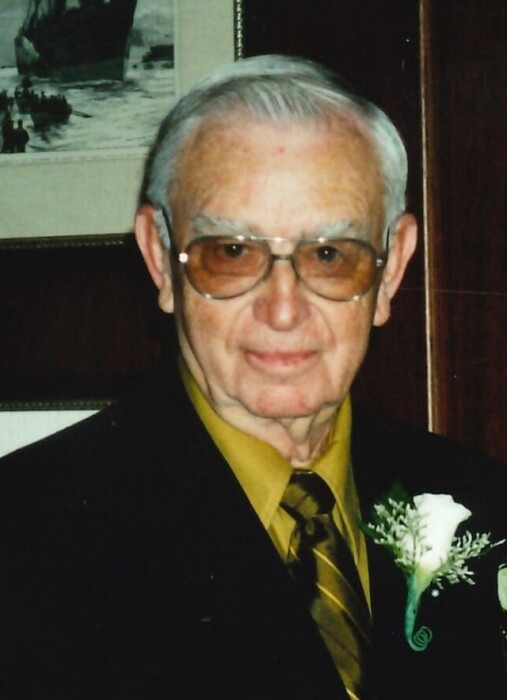 A short time after graduating high school, Marshall joined the United States Navy on October 15, 1948 at the age of 20. He was part of the Air Transportation Squadron Twenty-One. During his time in the Navy he received several decorations, medals, and badges as well as a Good Conduct Medal. Shortly after leaving the Navy Marshall met and married the love of his life, Janet (Martin) Simcoe on November 30, 1952 at the First Christian Church in Buhl Idaho.

Marshall started a career first working at the Chevrolet Garage in Buhl. He then took a job in Burley, Idaho selling insurance. The final stage of his working career was truck driving. He landed a position with Reed Hurst Trucking in Pocatello, Idaho. They were an amazing family to work for and he continued with them until he retired. Truck driving was Marshall’s first love, his wife Janet came in a very close second!

Funeral services will be held at 12 Noon, Tuesday, July 13, 2021, at Farmer Funeral Chapel, 130 9th Ave. North, Buhl, Idaho, with viewing one hour prior to service. A graveside service will follow at West End Cemetery.

Memories and condolences may be shared with the family on Marshall’s memorial webpage at www.farmerfuneralchapel.com.

To order memorial trees or send flowers to the family in memory of Marshall Simcoe, please visit our flower store.