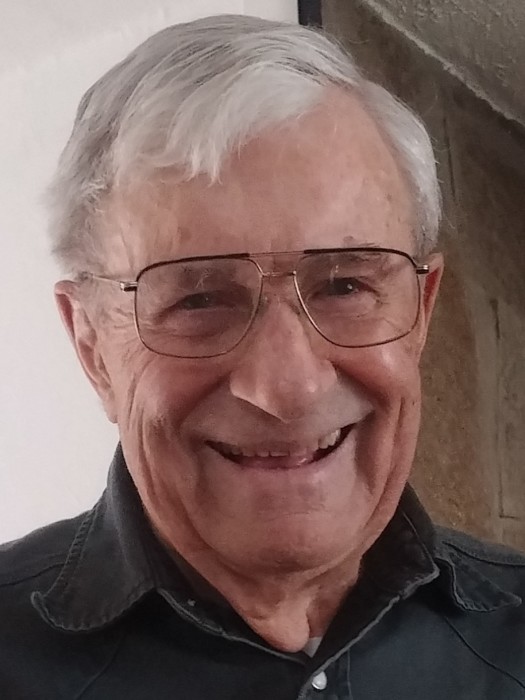 Marvin volunteer drafted in January 1953, being inducted into the 41st Infantry, a National Guard unit stationed in Bend, Oregon. He was later activated into the 44th Infantry, serving until he was honorably discharged, in January 1954. While serving, Marvin’s father suffered a heart attack necessitating his early discharge and return to the family farm.

Marvin married Marlene Jones on June 3, 1954 in Powel Butte, Oregon. He attended Oregon State University, graduating in 1958 with a B.S in Agricultural Business Management. His work career began with Albers Brothers Milling of Portland, Oregon as an outside salesman. Though he found success in many industries, his interest was always in agri-business. Marv retired from R.M. Wade Machinery at the age of 67.

Seeking an active retirement, Marv quickly found a passion for training pointing dogs, and bird hunting. He belonged to The Idaho Brittany Club and was a founding member of the High Desert Pointing Dog Club. Marv became a well-respected patriarch of the dog club due to his easy going nature, his instincts in dog training, and his willingness to befriend everyone. He loved hiking the desert hills of Southern Idaho with his Brittany Spaniels, especially when in the companionship of his friends. Marvin attended Saint John Lutheran Church in Buhl, assisting in a variety of ministries over the years.

Marvin was preceded in death by his parents Harvey and Edith Armes.

He touched the lives of many and will be greatly missed.

In lieu of flowers the family requests donations be made to the High Desert Pointing Dog Club for the Marvin Armes Memorial Youth Pheasant Fund. Donations may be left at the chapel, or can be sent to Randal Rector at 136 Rainbow Dr. Jerome, ID 83338

Memories and condolences may be shared with the family on Marv's memorial webpage at www.farmerfuneralchapel.com.

To order memorial trees or send flowers to the family in memory of Marvin Armes, please visit our flower store.