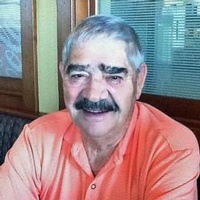 Max passed away September 30, 2015. He was born September 1, 1934 in Castleford, Idaho to Charles and Crettie McCoy. Max grew up in, and attended Castleford Schools, where he excelled in football, basketball and baseball. He was proud to be a Castleford Wolf and of being a part of the only 11 man undefeated Castleford high school football team.

Max graduated from Castleford High School in 1953 and received a sports scholarships to Texas Lutheran University in Baseball. His sports career was cut short when he hurt his leg playing football.

Max joined the United States Army where he served from 1956 to 1958 as a Military Policeman at Fort Gordon, Georgia and received an honorable discharge.

He met and married the love of his life, Carolyn Lewis in Cleveland, Tennessee in 1958. They moved to Castleford, Idaho but settled in Buhl in 1959 where they had three children, Ricky, Donavan "Craig" and Russell. Max worked for Spradling Texaco and Fields 66 Service before and after his Army years. Max worked for PET Milk Incorporated for 37 years. He continued working for Green Giant/Senneca and Lamb Weston until he fully retired.

Max spent his volunteer time with the Buhl J.C.'s and enjoyed mentoring young men as a talented coach in football and baseball. When he wasn't coaching baseball he was umpiring local games when needed. Max was also an avid supporter of Castleford and Buhl High School sports and was a regular spirited spectator at football and basketball games, home and away.

A memorial service will be held at 2:00 p.m., Thursday, October 8, 2015 at Calvary Chapel, 1004 Burley Avenue, Buhl, Idaho. Food and refreshments will be graciously served by Calvary Chapel. Arrangements are under the direction of Farmer Funeral Chapel of Buhl, Idaho.

Donations can be made to the Buhl Fire Department Quick Response Unit which the McCoy family humbly thanks for their valuable service to the Buhl community since their inception.

To order memorial trees or send flowers to the family in memory of Max McCoy, please visit our flower store.