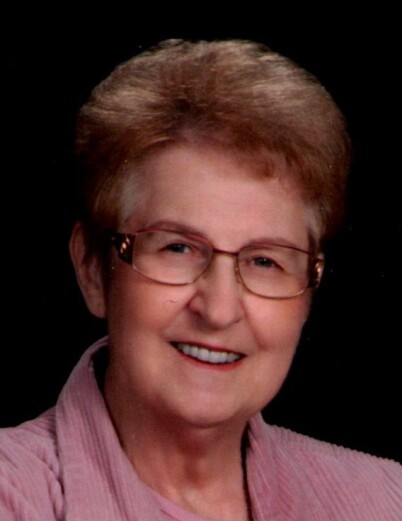 Maxine Marie Wagner, 94, passed away peacefully on the family farm, Thursday, August 4, 2022. Maxine was born in Ord, Nebraska to George and Alice Wachtrle on May 16, 1928.

In 1935, the family moved to Buhl with the Charles Dana family and settled in the Deep Creek area, later moving to Castleford. Maxine graduated from high school in Castleford in 1946. She then spent two years in Boise; one year in nursing school and one year working for a doctor. When Conrad said he’d worn out a car driving to Boise to see her, Maxine came home, and they were married in the fall of 1948.

She always felt blessed that she was able to be a stay-at-home mom; her family was her life. A couple of months at Green Giant each year was enough to send her back home content. She often said her girls learned to make gravy when she went to Green Giant. While raising seven children, she had little time to play with them but enjoyed watching their imaginations in the drama plays they’d put on for her. Conrad and Maxine enjoyed many trips in their motor home with the Good Sams and to other destinations until Conrad passed on in 2001. Her love for flowers and birds was surpassed only by her love for her family and her God. Maxine said the day she departs from us, she would be watching over each of her family with her love.

A viewing will be held from 6:00 p.m. until 7:00 p.m., Thursday, August 11, 2022 at the Immaculate Conception Catholic Church, 1701 Poplar St. Buhl, with Celebration of the Rosary to follow. Funeral Mass will be at 11:00 a.m. Friday, August 12, 2022 at Immaculate Conception Catholic Church, with a graveside service concluding at the West End Cemetery and a dinner to follow.

The family would like to express a special thanks and gratitude to Bayleigh and other staff from Heritage Home Health & Hospice. For those who desire, memorial donations may be made to the Immaculate Conception Catholic Church, PO Box 626, Buhl, ID 83316-1732.

Memories and condolences may be shared with the family on Maxine’s memorial webpage at www.farmerfuneralchapel.com.

To order memorial trees or send flowers to the family in memory of Maxine Wagner, please visit our flower store.