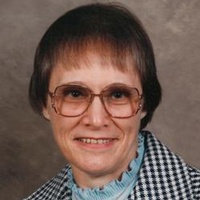 Mildred Irene Voorhees Behrhorst, went to be with her Savior and Lord, May 1, 2016. She passed away peacefully at Desert View Care Center in Buhl, Idaho with family by her side.

Between the ages of 14 and 18 Mildred worked in the homes of 14 families in Nebraska. She wrote about living in Wisner. She worked for $15 a week, as a house maid, for a woman who was expecting a baby. Her parents moved to Buhl when she was 19 years old and she followed them. She started working at Sego Milk in Buhl for .47 cents per hour.

On December 22, 1946, Mildred said "Yes!" to Harry Behrhorst and he told her she didn't have to work anymore. They were married at St. John's Lutheran Church in Buhl, Id. on February 21, 1947. They lived on a farm one mile from Black Bear service station. They later sold and moved to a farm out of Tuttle, Id. In 1954, they adopted their son, Leon. Two years later they adopted their daughter, Rhonda. They moved to Connel, Wa. to farm. They then bought the Holland Motel in Ephrata, Wa. which Mildred ran while Harry worked construction. They later moved to Spokane, Wa. where they worked together running a locker and meat cutting shop. They lived in Las Vegas where Mildred drove city bus. They moved to North Bend, Wa. where Harry built Mildred a home and Mildred never had to work outside the home again.

After Henry retired, they moved to Buhl, Id. and they stayed in Buhl until Henry passed away. Mildred then returned to Washington to be near her daughter and grandson. She stayed until July 2014 then moving to Heritage Retirement Center in Twin Falls. She lived there happily until she had a fall in December 2015. She was moved to Genesis Care Center for two months and then to Desert View in Buhl.

Throughout her life, Jesus, family and music were her greatest joys. Those who knew Mildred have no doubt she is singing her heart out, now face to face with her Savior!

A memorial funeral service will be held for Mildred at 3:00 p.m., Sunday, May 8, 2016 at the Peace Lutheran Church in Filer, Id. Inurnment will be at the West End Cemetery in Buhl at a later date. Arrangements were under the direction of Farmer Funeral Chapel in Buhl.

To order memorial trees or send flowers to the family in memory of Mildred Behrhorst, please visit our flower store.