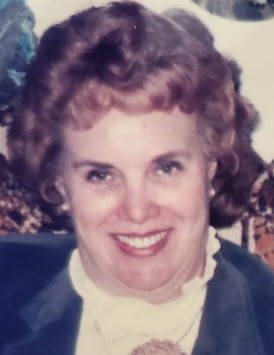 Nellie Frances Pierce Bristol was born June 26, 1935 to John and Pearl (Balle) Pierce in Fremont, Wayne County, Utah. On October 20, 2022 Nellie went home to be with the Lord and be reunited with her late husband, Harry Bristol, and family members who were waiting for her.

Nellie had a happy childhood with six sisters and two brothers. She was second to the youngest of nine children.  After high school, Nellie won a scholarship to CSU (now SUU) in Cedar City, Utah where she attended school.  After completing one year at CSU, she moved on to the sophisticated life of a secretary for Surety Life Insurance Company in Salt Lake City.

During this time, she met the dashing, Harry Bristol!  They were married two months later, on October 26, 1957 and relocated to Las Vegas, Nevada to begin their life together.  After three years of marriage, Nellie and Harry welcomed their first daughter, Pamela, into their lives.  One year later they moved to Riverside, California where they were blessed with a second daughter, Mary.  Nellie was a very active mother and took pride in her daughters’ lives. Nellie was involved in PTA and Girl Scouts.  She also attended every dance and piano recital and never missed a performance or sporting event that her girls were in.

Nellie was a devout member of The Church of Jesus Christ of Latter-day Saints where she served the church in a variety of callings and was known as the “Grandmother of her ward”. Nellie was highly involved in local and national politics, where she would assist in a wide variety of campaigns.

After years of being a stay-at-home mom and homemaker, in 1990, Nellie re-entered the workforce.  During her career she had a variety of very interesting jobs and met a lot of influential people.  Nellie worked many positions within the local government where she gained experiences that were very unusual.  She held positions at Riverside County Treasurer/Tax Collector’s Office, University of Riverside Department for the study of Criminal Justice, Riverside Economic Development Department, Department of Public Social Services, Department of Detention Mental Health, and Riverside District Attorney’s Office, to name a few. Nellie also had the honor and opportunity to serve on the Riverside County Grand Jury.

Her hobbies were spending time with her family and friends, counted cross-stitch, gem and coin collecting, art collecting, scrapbooking, puzzles, reading, and going out to lunch.  She enjoyed things of beauty and surrounded herself with them.

Following Harry’s death, she lived alone in their beautiful home for 10 years before moving in with her daughter, Mary, in Santa Clara, Utah due to health concerns.  Nellie enjoyed the last year of her life in Hagerman, Idaho where she continued to live with Mary and her son-in-law, Damion. Nellie passed onto the next life six days before her and Harry’s 65th wedding anniversary.

She was preceded in death by her husband of 50 years.  Nellie is survived by her two daughters, Pamela and Mary; 12 grandchildren; and 26 great-grandchildren.

A graveside service for Nellie will be held at 1:30 p.m., Thursday, November 10, 2022 at Riverside National Cemetery, 22495 Van Buren Boulevard, Riverside, California, where she will be laid to rest with her love, Harry.

Memories and condolences may be shared with the family on Nellie’s memorial webpage at www.farmerfuneralchapel.com.

To order memorial trees or send flowers to the family in memory of Nellie Bristol, please visit our flower store.