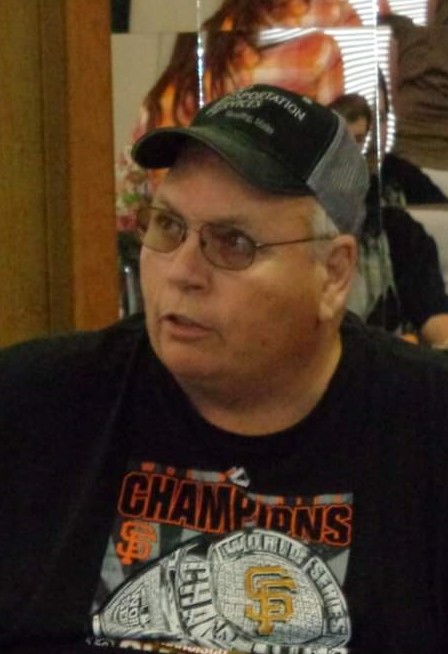 Paul was born August 18, 1951, to Chris Charles Fearheller, Sr. and Eileen Lucille Hurd in Twin Falls where he grew up. He loved riding his motorcycle with his friends. He met his future wife, Gail Dallman after one of his rides. They were married on November 20, 1975. To this marriage two sons were born; Cory (Cori) Cromar and Jeremy (Courtney); their three children; Lylith, Sidney and Otis, and one great granddaughter, Willow.

He enjoyed being involved in sports with the boys and always went to all their games.

He worked at several jobs; his favorite was working Rangen’s. While working at the fertilizer department he became their truck driver. This became his passion. He drove over two million miles over the years for a few other companies. In 2016 he had to retire when his kidneys started to fail.

Paul was preceded in death by his parents; grandma; brother-in-law; and numerous aunts and uncles.

He is survived by his wife of 45 years; sons; grandchildren; and great grandchild; sister; brother; nieces and nephews.

A Celebration of Paul’s life will be 3:00 pm, Sunday, June 13, 2021, at Cori Cromar’s home, 519 Mae St. and the corner of Stevens and Mae St. There will be a memory book, so please share a memory of Paul. Masks are not required, but an individual choice.

Memories and condolences maybe shared with the family on Paul’s memorial webpage at www.farmerfunrealchapel.com.

To order memorial trees or send flowers to the family in memory of Paul Fearheller, please visit our flower store.