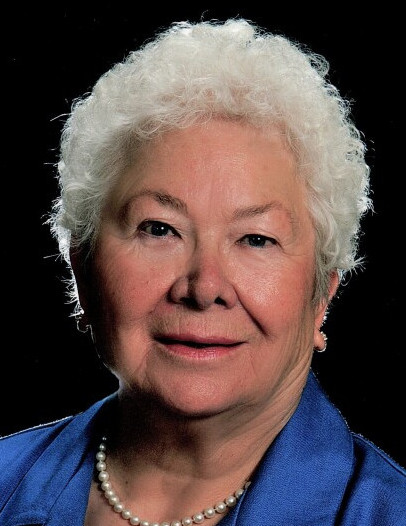 Paulina, or Paule as she was called, was born the ninth of ten surviving children to Bernard and Maria Ruffing in Humphrey, Nebraska on June 29, 1928.

The family moved to Idaho around 1940 and farmed in the Northview area near Buhl.  Paule moved to Boise after high school and attended secretarial school.  She later joined her sister Josephine in San Francisco.  Eventually, as a beautiful, young, single woman in the early 1950s, she joined the Foreign Service and moved to New Delhi, India, where she was a secretary at the American Embassy.  She loved her life there and made some lifelong friends.  She would tell her children stories of her adventures there, and the dignitaries she met.

While in India she met a young Navy pilot, John Ball, who would become her husband.  They, and their growing family, spent time in California before being stationed in Japan for four years.  Angela and John were joined by Jerome and Jennifer before the family returned to California, where Patricia was born.  Paule and the kids lived in Southern Idaho and got to know the extended family better, while awaiting housing to join John, who was, at that time, stationed on Okinawa.  After John retired from the Navy in 1971, at Oak Harbor, Washington, the family moved to Buhl where John and Paule remained.

Paule had been an officer’s wife during the Navy years, and loved the social life associated with that.  She and John often attended and hosted “Hail and Farewell” parties, and she passed her love of entertaining on to her daughters.  After retiring to Buhl, she turned her energy to gardening, and church involvement.  She was active in the Immaculate Conception Catholic Church Ladies League and helped compile a local church history as well as working at the church food booth at the County Fair.  She became part of a group of amazing ladies who would attend Saturday evening Mass, followed by dinner, and they became her precious circle of friends.

Her greatest joy was her children, and she was so proud of them all.  When there were family gatherings, nothing made her happier than to listen to her children and grandchildren discourse on their jobs, lives, and the state of the world.

In her later years chronic illness hampered her ability to remain in her home independently, though her mind remained sharp.  She spent her last several years in assisted living but continued to attend Mass and social events as she was able.  Paule died October 22, 2022, with family in attendance.

Those wishing to make a donation in Paulina’s honor in lieu of flowers may contribute to the Buhl QRU through the Buhl Fire Department, 201 Broadway Avenue North, Buhl, Idaho 83316.

Memories and condolences may be shared with the family on Paule’s memorial webpage at www.farmerfuneralchapel.com.

To order memorial trees or send flowers to the family in memory of Paulina "Paule" Ball, please visit our flower store.