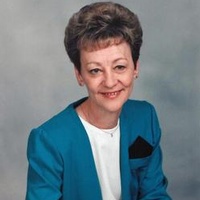 Priscilla Irene Van Zante, age 72, of Twin Falls, passed away in her home on Monday December 7, 2015.

Priscilla was born on June 10, 1943 to Ellis and Nevel Tramel in Greely, Colorado. She married Richard Lee Van Zante on April 8, 1961 in the Church of the Nazarene in Buhl, Idaho.

Priscilla will be remembered for her irreverent sense of humor, her love for Elvis Presley, her magnetic personality, and her love for her family. Priscilla had the talent to be a movie star or a Broadway performer. She loved to sing and dance. Her inspirations were Red Skelton, Lucille Ball, and Carol Burnett. But she chose to raise her three kids whom she loved with every part of her being. Priscilla was a faithful friend and loved to get to know the people who surrounded her every day.

Priscilla is survived by her husband, Richard; her daughter, Mary; her sons, John and James and many nieces and nephews.

To order memorial trees or send flowers to the family in memory of Priscilla Zante, please visit our flower store.