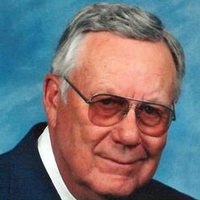 Raymond E. Quigley, age 93, of Buhl, passed away on July 10, 2016, due to reasons of advancing age, while a resident of the River Rock Assisted Living Center.

Ray was born January 20, 1923 in Fullerton, Nebraska, the son of Charles E. and Martha Quigley. At an early age he moved with his family to Unionville, Missouri, where he lived until the family moved to Buhl in 1935. He was a graduate of Buhl High School and soon after graduation he entered the U.S. Army where he served in an engineering battalion in British India for the duration of World War II.

On January 14, 1946 Ray married Ruby Lou Williams of Buhl. They celebrated the their 70th wedding anniversary on January 16, 2016. Ray was a long-time active member of the Buhl First Christian Church, serving in many capacities in that church. He was an avid hunter and fisherman, and loved to travel and go camping, and for many years he and Ruby spent winters in Arizona and California.

After Ray returned from service in World War II he began work with his father and brothers, Lawrence and Charles, in Quigley Heating and Sheet Metal and Quigley Plumbing. It was at that time that the family purchased new sheet metal fabricating equipment, and also undertook the construction of the new shops for the family businesses on Broadway Avenue in Buhl where those buildings are still located today. In addition to the Quigley family businesses, Ray and Ruby were also actively engaged in their own family farming and cattle operations east of Buhl until Ray retired in the late 1970s.

Ray is survived by his wife Ruby; his daughter, Lora (William) Segura; sons, Keith (Kim) Quigley, and Gary (Kristin) Quigley; four grandchildren and four great-grandchildren. He was preceded in death by a son, Philip; by his parents; both of his brothers, Charles and Lawrence, and his sister Lucille.

A memorial service is planned for 11:00 a.m. on Wednesday July 20, 2016 at Farmer Funeral Chapel in Buhl. In lieu of flowers, memorials may be made to Hospice Visions, Inc. of Twin Falls, or to the Mustard Seed Wellness Clinic in Twin Falls.

To order memorial trees or send flowers to the family in memory of Raymond Quigley, please visit our flower store.