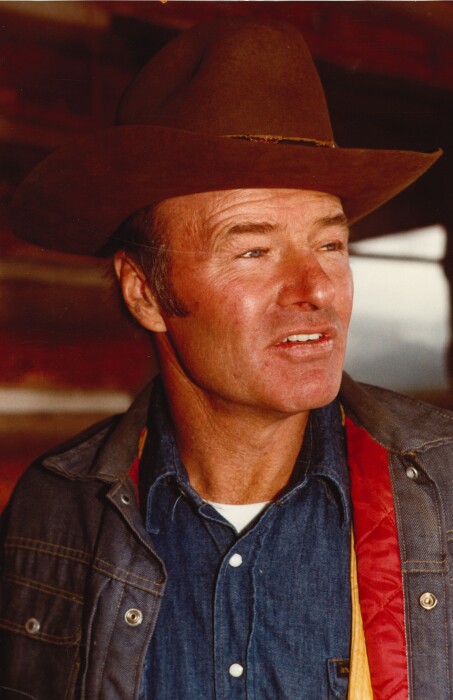 He attended Maroa grade school through 1944 and graduated from Filer High School in 1948. He continued his education at Albion State Normal School and Utah State University. Rex then served in the United States Army, with two tours in the Korean war. Serving in the 9th Corp Headquarters and the 101st signal Battalion. He was also a member of the 9th Core Boxing team.

When he returned from the war he attended and graduated from Idaho State University, where he was a member of Alpha Kappa Psi. While attending school he met Alice Johnson and they returned to his family farm and raised their four children, Lauren, Rex, Alice, and John. In 1981 Rex met and married Arlene Koyle from Burley. They had a son, Alexander. When not farming, Rex was very active in his community. The list of civic organizations is over a mile long. If there was an organization, he wanted to be a part of it. Rex was a 32nd Degree Mason, President of Filer Kiwanians, active in Filer #55 Blue Lodge, El Korah Shriners, Elks and a Member of the Filer United Methodist Church. While Commander of Filer American Legion, his daughter Lauren was appointed the 5th district poppy girl and they traveled throughout the state. Rex also served as Eastern Star Worthy Patron, introducing his children to Rainbow Girls and DeMolay where they were Worthy Advisor and Master Counselor. He served as a Scout Leader making many fond memories with Alex. As a 4-H leader for 12 years, Rex spent many a Sunday riding through the Hollister desert with the kids, followed by potlucks and swimming at Nat Soo Pah. And let’s not forget, blowing that whistle as drill captain for Filer Wranglerettes.

Many of you know Rex loved to sing and would burst out in song at any time, appropriate timing or not. He was active in Deletants and in many plays, including Man of La Mancha, Oliver Twist with Rexie and John, Fiddler on the Roof, and The Sound of Music with Alice Ann. Rex was also active in politics, serving as a precinct committeeman and a national delegate in 1974 and 1980 when his son John was able to attend with him. While serving as a delegate in 1980, Rex was the national beer chugalug champion. Rex’s passion was his love of horses. From an early age Rex worked the farm with horses, rode them to school and then with the help of his uncle Howard and father he began racing thoroughbred horses. Finally, he was talked into taking out farm ground and building an arena as his daughter Alice Ann shared in that passion. Rex raced at tracks all over the west coast and was honored with Horse of the Year 1985, Hard John.

Farming was always Rex’s base and he felt so proud when Alex and Leah chose to make that their life. Rex loved spending time with the grandchildren on the farm. He was honored to share the Century Farm Award with his family and friends.

Rex lived passionately from loving his family, serving his country, farming, horses, and civic duties. His endless stories and songs will be missed.

A special thank you to Desert View staff for your years of caring for Rex, we know your New Year’s Eve will be a little more clothed.

A funeral service will be held 1:30 p.m., with viewing beginning at 12:30 p.m., Saturday, December 3, 2022 at Filer United Methodist Church, 318 Union St. Filer, Idaho. Rex will be taken to Filer Cemetery by a horse drawn carriage for a graveside service with military honors.

Memories and condolences maybe shared with the family on Rex’s memorial webpage at www.farmerfuneralchapel.com.

To order memorial trees or send flowers to the family in memory of Rex Reed, please visit our flower store.