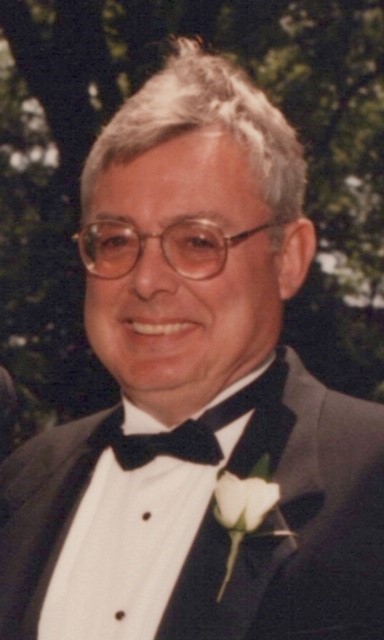 Gary was born on November 13, 1937 in Green River, Wyoming.  The oldest of Ralph and Laura Wright’s four children, Gary lived kitty-corner from Elitch Gardens, an amusement park in Denver, Colorado, until 2nd grade.  Later, Gary’s family moved to Pocatello and then Twin Falls, Idaho, where he attended Lincoln Elementary and later Twin Falls Junior High (under the tutelage of Vera C. O’Leary as principal).  He attended Twin Falls High School and was a member of the second class to graduate from the “new” school.

After high school, Gary attended Idaho State University for 2 years before taking a job with the Union Pacific Railroad giving tours in and around the National Parks, where he developed a love of the outdoors as well as a treasure trove of funny stories.  After clerking for Union Pacific, Gary took a job in sales and marketing with Snake River Trout in Buhl, Idaho, where he fell in love with a pretty girl who worked in the office, Catherine Brailsford.  Gary and Catherine later attended the University of Idaho, where Gary graduated thanks in no small part to study sessions with his younger brother Charlie.

Gary and Catherine were married on July 4, 1964 in the backyard of the house that would eventually become their home.  After marriage, Gary and Catherine had 3 sons, Ralph, Charlie and Andy.  A town kid all his life, Gary moved to the family’s ranch in Buhl, Idaho at the age of 43.  It was trial by fire, but he loved it.

Gary loved everything about “The Ranch.”  He would get up early in the morning to irrigate, feed cows, and doctor calves before driving to Twin Falls to work for Idaho Frozen Foods and later Idaho Computer Services.  On the weekends and evenings, he would irrigate, fix fence, and complain about Russian olives.

Gary was an avid fisherman.  It’s hard to overstate how much he enjoyed fly fishing.  He had several secret holes in the Sawtooth Valley and Eastern Idaho that he loved to visit for as long as he was able.  He always kept his gear in his truck, and as he got older, Catherine would bring a chair and sit on the bank, while Gary would fish for hours.

Gary loved his sons and took great pride in their accomplishments.  The boys have wonderful memories of dad taking them fishing, riding with them on the lawnmower, going on a backpacking trip to the Middle Teton, serving as the only male “den mother” in Cub Scouts, going river rafting, and building who-knows-how-many treehouses, go-carts, woodworking endeavors and other fun projects.  Once the boys started playing sports, Gary and Catherine went to literally every game, home or away, quietly cheering on the Buhl squad.  Later, Grandpa Gary supported his grandchildren with the same love and affection, always lighting up when he saw them, and indulging in their requests to make his much-loved rolled-up pancakes.

Gary instilled in his sons the belief that they could do anything - they just needed to work hard.  When Gary came up with an idea, he went for it, no matter how zany.  This could be a hobby (he took up both sailing and pottery), or a business (first fish farming and later a commercial vineyard that he named after his wife, “Catherine’s Vineyard”).  He also wasn’t afraid to work hard, and would teach the boys the same.  The family jokes that his favorite phrase was “Andy, I need ya!,” which he invariably called out when he needed his youngest to crawl into some pipe as a little boy, and later to lift heavy objects as a young man.

Gary strongly believed in the value of education, and sacrificed significantly to make sure his sons had the best education possible.  Gary proudly wore the colors of their respective alma maters, usually topped off with his familiar white straw hat.  A voracious reader, Gary was enjoying a treatise on evolution that he was reading until the very end, with a ribbon marking his final page.

We’ll miss Gary greatly, but we’ll always remember and cherish his love of family, his strength, his charm, the twinkle in his eye, and his famous fudge.

In light of the coronavirus situation, the family is holding a private memorial at the Ranch.

Memories and condolences may be shared with the family on Gary’s memorial webpage at www.farmerfuneralchapel.com/obituary/RGary-Wright or e-mailing to dad@wrightbrotherslaw.com.

To order memorial trees or send flowers to the family in memory of R. Gary Wright, please visit our flower store.