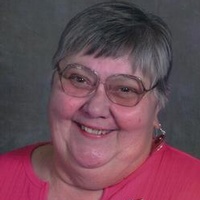 Rita May Thomas, age 74, passed away on Sunday, February 22, 2015, at the River Ridge Care Center in Twin Falls, Idaho, of complications following a stroke.

Rita was born on May 30, 1940, in Humboldt, Nebraska, the oldest child of Edgar Alba Reeves and Lillie Mae Smith Reeves. Her siblings were Gary, Judith, Alma Jean, and Rosita. The Family moved to Buhl, Idaho when Rita was in second grade and she attended the Lucerne School. Later, the family moved to Castleford, where Rita graduated from High School. From there she went to nursing school in Twin Falls, becoming a Licensed Practical Nurse.

In 1962, she married John Thomas and had two daughters, Susan and Sheryl. They lived in Colorado for a few years, then moved to Buhl to live on the Thomas family farm. John and Rita later divorced.

Rita was a nurse to Pediatrician, Dr. Ben Katz, an office clerk at Rangen's, did alterations at Roper's and did billing for Moritz Community Hospital in Sun Valley, Physician Center of Twin Falls and Magic Valley Regional Medical Center, before retiring at the age of 65.

Rita loved to camp, read, garden, knit and sew. She took up wood carving, tried her hand at oil painting, and was an amazing cook.

She was predeceased by her parents; brother, Gary; Sisters, Judy Schaer and Alma Jean Crowley, and brothers-in-law. Robert Schaer and John Crowley.

Those attending are asked to wear a red item in memory of Rita's favorite color. The family would like to express special thanks to the staff of River Ridge for their care of and patience with Mom in her last days.

To order memorial trees or send flowers to the family in memory of Rita Thomas, please visit our flower store.