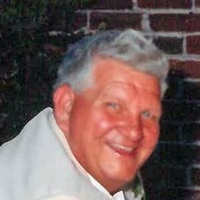 Robert Arthur Kissler, 81, of Buhl and formerly of California, passed away Thursday, April 12, 2018 at his home in Buhl.

Robert “Bob” was born May 14, 1936 in Wendell, Idaho to Rube and Mary Kissler. After a tragic auto accident that claimed the life of one of Bob’s brothers, Bob’s Mother wanted to move where there were no “icy” roads. The family moved to California.

Bob spend the rest of his school years in Oroville and graduated from Oroville High School in 1955. Bob had a much younger brother David who he took under his wing. Because their Dad spent much of his time working Bob wanted to make sure David had an enjoyable childhood. He would take David and other nieces and nephews camping, fishing and occasionally a trip to Disneyland. Bob also loved to help with little league baseball. He volunteered as an umpire and coach for many years.

Bob was in the Army National Guard for 8 years and drove truck for work most of his life.

In 1986,he married Barbara Williams. They spent their free time Four Wheeling in the mountains of California and surrounding states. They were very active in the meetings, events and conventions, earning plaques and recognition for their efforts. Bob was a Jeep Club member for over 30 years.

In 2012, Bob returned to Idaho to be closer to family and spent the rest of his years with his brother David, who was honored to return the kindness Bob had shown him when they were younger.

Bob is survived by his wife Barbara, of Buhl, Idaho; brothers, David Kissler, of Buhl, Mike Kissler of Drumright, Ok.; sister, Carol Morelock of Boise, Id. and numerous nieces and nephews. He was preceded in death by his parents, Rube and Mary Kissler, sister, JoAnn and brothers, Mark and Jack.

To order memorial trees or send flowers to the family in memory of Robert Kissler, please visit our flower store.