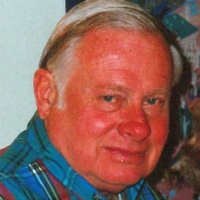 Robert Louis Sears - Buhl
Robert Louis Sears, “Chief” to most, left this world for the loving arms of his Heavenly
Father, at his home, November 20, 2017. Born August 5, 1928 in Cleveland, Ohio to father Clarence and mother Ester, he grew up in the city, but loved his uncle’s farm, helping with the animals, being outside. After graduating from Ohio State College, he started his own business selling farm equipment and bidding jobs for farmers. Chief loved showing off and doing tricks on his tractor. As with all good young men, he met and married the love of his life, Elaine Harmen and were married until her death in 2010. Bob and Elaine had three lovely daughters, Cynthia, Susan and Janice.
Bob spent quite some time with his neighbor, the Fire Chief and it was then he caught the fire bug. With his strong commitment to improving the world around him and his deep sense of protecting his community, in 1951 he became a volunteer fireman in Brecksville, Ohio. He later moved to Richfield, Ohio where in 1960, he was appointed Fire Chief, the youngest chief ever appointed in Ohio at the time.
Bob and Elaine then moved to California in 1964, where he was the Fire Chief for the American Potash & Chemical Co. And in 1969, he accepted the Fire Chief position in Boulder City, Nevada where he proved himself to be the most pro-active fire chief in Clark County. He managed to reduce fire insurance rates from a class 9 city to a class 3. Many a pilot project was tested by Chief in Boulder City and consequently adopted throughout fire districts in Nevada. Chief Sears was personally responsible for instituting “Operation Heart Start” which increased the save-rate of cardiac emergencies to well above the national average. Under Chief Sears’ command, BCFD developed into one of the best trained and equipped fire departments in Nevada. With a Proclamation from the State of Nevada Governor’s office, Saturday, February 9, 1991 was proclaimed Chief Robert Sears Day, and urged all citizens to join in recognizing the many years of outstanding service Bob had dedicated to the safety of the people of Nevada.
Bob retired after 21 years of service to the BCFD but did not stop there. After “retirement” he dedicated another 8 years to serving the public as a liaison to Senate constituents and a regional representative in the Congressional District office. Continuing his public service, he also worked tirelessly for the Boulder City Chamber of Commerce and was a lifetime member of the Chamber. As a volunteer, he also served as President of the Nevada Fire Chiefs Association, President of the Southern Nevada First Chiefs Association, Vice President of the Western First Chiefs Association, Chairman of Clark County Fire Prevention Council, Chairman of the Nevada Division of the American health Assoc, Chairman of the Nevada Fire Training Board and a member of the Boulder City Sunrise Rotary Club. Chief also served 35 years as a member of the Civilian Military Council at Nellis Air Force Base and the Military Academy Selection Committee for Nevada’s Third Congressional District. When he moved to Buhl, his service didn’t end, as he served the Buhl Chamber as well and was the Vice President of the West End Men’s Association as well as a member of the Twin Falls Reformed Church. His record of professional and community service was an inspiration to all. He was an extraordinary person who lived his life with honor, integrity and selflessness. He was a friend to all.
He is survived by his 3 daughters, 6 grandchildren and 7 great grandchildren and was preceded in death by his parents, step-father and his loving wife, Elaine.
Funeral services will be held at 2:00 p.m., Friday, December 1, 2017 at Farmer Funeral Chapel in Buhl, Idaho and a Celebration of Life will be held sometime in January 2018, Boulder City, Nevada.

To order memorial trees or send flowers to the family in memory of Robert Sears, please visit our flower store.