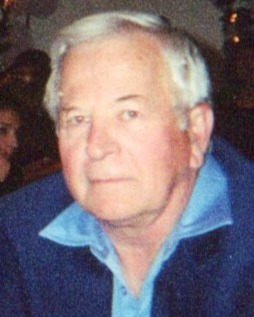 Ronald Grant Woll, age 86, passed away November 6, 2022, at his home in Twin Falls, Idaho of natural causes. Ron, the eldest of four sons, was born October 4, 1936 in La Grande, Oregon to parents, Kenneth and Nadine Woll.

He attended and graduated from Meridian High School. After graduation he attended college in Pocatello, Idaho studying to be a pharmacist. That is where he met Judy Ann Filer and later married on July 27, 1957. With this marriage, two children were born, a daughter, Toni Dawn, and son, Kendel Lane. Ron and Judy were later divorced.

Ron was a member of the Buhl Jaycees earning the honor of a Jaycee Senator. He was beneficial in helping establish the original College of Southern Idaho in the town of Buhl before it moved to Twin Falls. Ron was also a 32nd  degree Mason and a Shriner for over 50 years. At the time of his death, he was a member of the Loyal Order Moose Lodge. In his 25 plus years as a member he held many offices and was a very active member and was known to call a mean game of Bingo.

Ron spent many years coaching and refereeing youth and school sports in the state of Idaho. His biggest passion was traveling to Indiana to the Indy 500 race for 48 years. He had numerous stories to tell upon returning home every year. He loved traveling, hunting, fishing, playing poker, especially the game Texas Hold-Em’, and of course, Bingo.

In lieu of flowers, donations may be made in Ronald’s memory to Shriners Hospitals

Memories and condolences may be shared with the family on Ronald’s memorial webpage at www.farmerfuneralchapel.com.

To order memorial trees or send flowers to the family in memory of Ronald Woll, please visit our flower store.