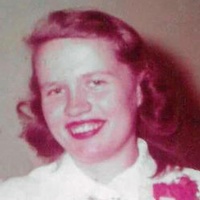 Ruby was born in Wendell, Idaho to Herman and Gladys Bean. She grew up and attended school in Wendell, Idaho. On July 5, 1957 she married Dale V. Olson in Buhl. Together they had seven children. The couple resided in various locations eventually settling in Buhl in 1984. Ruby worked as a cashier for many years at the William's Market in Twin Falls. Dale passed away in 2008.

Ruby enjoyed gardening and working outside at her home. She enjoyed spending time with her children and especially her grandchildren. She will be missed by many who knew her.

She was preceded in death by her husband, Dale; daughter, Jackie and sister, Gale.

A wake will be held in her honor at Mimi's Saddlehorn Event Center in Buhl at 2 p.m. Saturday September 27, 2014. Food will be provided. In Lieu of flowers please make a donation in her name at the Well's Fargo Bank in Buhl.

To order memorial trees or send flowers to the family in memory of Ruby Olson, please visit our flower store.