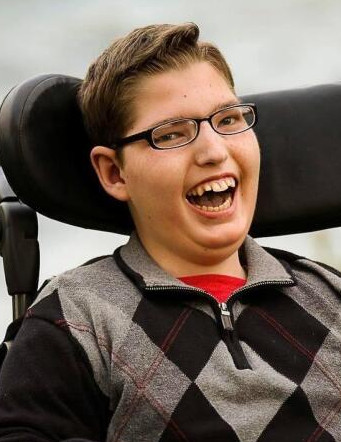 Ryan Michael Davis-Egner, 25 years old, of Filer, Idaho returned to his Loving Heavenly Father on Tuesday, September 20, 2022. Ryan was born  July 13, 1997, in Jerome, Idaho and was raised in Filer by Barbara and Rockie Egner and family. Ryan was loved and nurtured with all their hearts for the first 16 years of his life.

Ryan was born with Cerebral Palsy and other disabilities which caused him to have many challenges; but he was such a very happy boy, his smile lit up the room when he entered! Ryan and his family were sent by Wishing Star, when he was very young, to Disney World. Ryan was included in all family activities, meetings, adventures, and fun!

Ryan attended Filer Elementary, Middle and High School, graduating in May of 2015. When Barbara was diagnosed with a terminal illness, she was very concerned for Ryan’s future care, as both she and Rockie were ill and in their mid-70’s. Learning of this wonderful family’s concern for Ryan, Gary and Phyllis Davis, also of Filer, prayed and discussed what a blessing Ryan would be to their family and decided to offer to take Ryan into their home upon their passing. Barbara passed away in February of 2012 and Rockie continued to care for Ryan until his passing in June of 2013. Ryan became a member of the Davis family in July of 2013, days from his 16th birthday. The entire family, and extended family, feels extremely blessed to have had Ryan with them for over nine years.

Ryan loved people, animals, kids, 5 K’s with Dad, swimming, roller coasters, ball games, music, people dancing, twirling in his wheelchair, watching football with his families, supporting ALL THEIR favorite teams, being cuddled, kissed, and SMILING, He had the best smile!

To watch the livestream service via Zoom, please click on the link below.

Memories and condolences may be shared with the family on Ryan’s memorial webpage at www.farmerfuneralchapel.com.

Please click here to view the video tribute
To order memorial trees or send flowers to the family in memory of Ryan Davis-Egner, please visit our flower store.