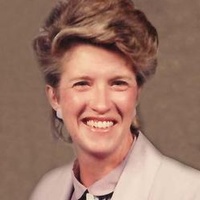 Sandra Wisecaver, publisher of the Buhl Herald passed away, on Monday, February 2, 2015, on the tenth anniversary of her purchase of the Buhl Herald. She was up as usual, focused on getting the paper out. She wasn't feeling well, but in the spirit of true newspaper people, the paper had to get out.
Wisecaver, the daughter of Jess and Vina Wilson of Buhl, was born August 30, 1949, and graduated from Buhl High School in 1967. She started working at The Buhl Herald as a senior in high school and continued working for Bob Bailey, Sr. at the Buhl Herald while attending the College of Southern Idaho.
In 1969 she married Joe Wisecaver. In the early 1970's she worked for several years full time in the payroll department at Green Giant. Through the years, she served as a Cub Scout den mother, 4-H leader, baseball and softball cheer mom and driver, transporting players to the games.
The Wisecavers farmed for many years. Sandra also worked part-time for several years for the Blick family at the Corner Merc in Castleford.
In 1987 she was awarded the contract for the mail delivery to Roseworth and she and Joe have maintained that contract through the years.
In 1987 she became the Castleford correspondent for the Buhl Herald. In 1992, she went back to the Buhl Herald working for Bob Bailey, Jr. developing the roles of newspaper reporter and editor and in 2005, became owner and publisher of the Buhl Herald that celebrated its 100th birthday the following year.
Sandra was preceded in death by her parents, and her sister Yvonne. She is survived by her husband Joe, children Angela (Erik) Allred, Joe Jr. (Aimee Assendrup), three grandchildren; Gage, Paris, and Jude, and brother; Duwayne (Sharyn) Wilson.
A Funeral Service has been scheduled for 2:00 pm, Friday, February 6, 2015, at the First Christian Church in Buhl, Idaho. A committal service will follow at the West End Cemetery in Buhl. Arrangements will be under the direction of Farmer Funeral Chapel of Buhl, Idaho.
In Lieu of flowers, the family has requested that donations be made to the local charity of your choice.

To order memorial trees or send flowers to the family in memory of Sandra Wisecaver, please visit our flower store.