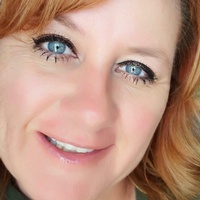 Shannon was the second child of Sylvia Wingfield and Barry Forney in Harrisburg, Pennsylvania. She was born on April 13, 1967. She has an older brother Sean and a younger brother Christopher. Both were born in Pennsylvania. Sylvia and Barry were later divorced.

She and her brothers loved to play with all of their cousins on their grandparent’s 150 acre farm. Uncle Roger and Aunt Carol live just up the road, so she spent a lot of time playing with their younger twins Stephanie and Stacy. She was very close to her Uncle Roger and Aunt Carol, the twins’ parents and was considered their fifth daughter. Shannon especially cherished her time with her “Pop”, her maternal grandfather, William H. Wingfield Sr. and they had an unbreakable bond that lasted until his death at age 96.

The family moved to Madison, Wisconsin in 1973 and then to Tucson, Arizona in 1981. They settled in Avra Valley in the surrounding desert. She attended Marana High school and made many life-long friends who, though she moved away in 2008, continued to maintain contact. Shannon loved the desert and when she was 18, she started working at the Desert Museum and stayed for twenty years. The hummingbird aviary was one of her favorite spots in the museum.

Along the way Shannon met Felipe Escalante and they were later married in April 2002. They had two beautiful children, Felipe Don Fernando or “Nando Bear” and Tara Stephanie Jean better known as “Rizer”. Shannon treasured being able to spend time with her kids. One of her favorite holidays was Halloween and she would always dress up in full costume to take the kids trick or treating. She loved Christmas. She would put her Christmas tree up the day after Thanksgiving and not take it down until after New Years’ Day.

Wanting to be closer to her brothers and mother, Shannon and Felipe decided to move their family to Buhl, Idaho in 2008. She wasn’t too sure of snow after her first experience of winter driving, but stuck with it. She was hired by Family Health Services in the Buhl Office in 2008. She was promoted to a Credentialing Specialist in Twin Falls Administration in 2011. She loved this position. She greatly enjoyed working with the doctors, insurance companies, hospitals and her co-workers.

Shannon was diagnosed with stage four lung cancer in June 2017. Knowing she did not have much time left, Shannon did all she could with her kids. They were her world and she wanted them to know how much they meant to her. Shannon especially wanted to thank her Aunt Susie and Aunt Nancy for helping to care for her throughout her battle with cancer.

A memorial service will be held for Shannon at 12:00 noon on Friday, December 8, 2017 at the First Christian Church located at 1005 Poplar St, Buhl, Idaho, 83316. Following the service, we will share a meal in her honor. Funeral arrangements are under the direction of Farmer Funeral Chapel in Buhl.

In lieu of flowers, memorials donations may be given in remembrance of Shannon for her children at any First Federal Bank.

To order memorial trees or send flowers to the family in memory of Shannon Escalante, please visit our flower store.