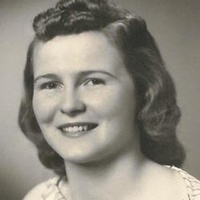 Sharon Rae White, loving wife, mother, sister, and grandmother passed away at the age of 74 at Bridgeview Rehab Center on Monday, July 21, 2014.
Sharon was born to parents, Edgar (Ray) and Charlotte Sherman on May 30, 1940 in Nebraska. She was the oldest of 11 children. She helped raise her younger siblings and they thought of her as their second mom and would call her "mammie", so she became known as mammie to all her family. She graduated from high school in Nebraska. After high school she married Raymond Addey and together they had 3 children. During their marriage they moved to Jerome Idaho where they raised their children. They were later divorced. She married Charles White and they lived in Nebraska and Idaho throughout their marriage. Sharon worked for Magic Valley Regional hospital for 15 years. She had the most generous, loving heart and touched many lives with her presence.
Sharon is survived by her mother, Charlotte; sons, Dusty (Christy) Addey, Rusty Addey; daughter, Shawn Short; brothers, Richard Sherman, Raymond Sherman, Mike Sherman, and Mick Sherman; sisters, Linda Hopwood (Jerry), Rose Mary Mays; sister-in-laws, Paula Sherman, Eileen Sherman; grandchildren, Kira Laub, Megan (Mike)McClurg, Andrew Addey, Sage and Serene Short, and Cooper Addey and her great-grandchildren, Jayven Laub and Adison McClurg. Sharon was preceded in death by her father, Ray; husband, Charles; sister, Phyllis Sherman; brothers, Robert Sherman, Jerry Sherman, Ronald Sherman; son-in-law, Dave Short and grandson, Jay Addey.
We would like to thank Dr. Irwin, Lori, the staff at Jerome Family Medicine, and Creekside Care Center in Jerome for their kindness and friendship while taking care of Sharon over the years. A special thank you to Bridgeview for their support the night Sharon passed away it was greatly appreciated. Also, Thank you to Robert Isabelle, from the Companion Program at CSI for your compassion and continued friendship with Sharon, she always looked forward to you visits. We have many fond memories and will miss her dearly.
The funeral will be held at 3:00 p.m., Saturday, July 26, 2014, at Farmer Funeral Chapel, 130 Ninth Ave, North, Buhl, Idaho.

To order memorial trees or send flowers to the family in memory of Sharon White, please visit our flower store.