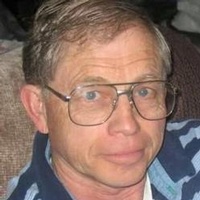 Vernon Jerry Craner received an invitation from his elder brother Jesus Christ to attend his birthday celebration and he accepted. Jerry died peacefully , in his home, with family at his side, after a short but courageous fight with Cirhosis of the liver.
Jerry was born February 5, 1940, in Buhl, Idaho, the oldest child of three. He moved to Buhl as a young child where he attended Buhl Schools. He served as Student Body President and graduated from Buhl High School in 1958.
He married JoAnne Johnston, November 30, 1958 in Elko, Nevada. They were sealed in the Idaho Falls Temple for time and all eternity on November 24, 1970. They attended ISU in Pocatello, Idaho. First National Bank hired Jerry prior to graduation into a Bank Officer Training Program. They soon moved to Wendell, Idaho. Their first born son, Chris Jerry and their next child, a daughter, Candi Jo were both born while living there. In late 1963 Jerry and JoAnne bought their first Chinchillas. A few months later they became junior partners and ranch managers for a 2000 animal Chinchilla ranch and moved to Nampa, Idaho.
Their third child, Cassie Jo was born and passed away in 1967 while living in Nampa. Following her death, Jerry purchased his 70 acre dream ranch and moved home to Buhl. He bought the old Jess Eastman place and it was a perfect place to raise a family Their next five children, Connie Jo, Carla Jo, Cary John, Cory J. and Casey John, were born while they lived there in the original 2 bedroom home. They continued to raise chinchillas and Jerry also worked as a National Certifier and Grader for Empress Chinchilla Breeders. When Jerry decided to stop traveling and spend more time at home he took a job with Clear Springs Trout Co. and continued to work for them for many years. He most recently worked for Silver Lining in Buhl. In 1975 he built his house "on the hill" and their last child Calli Jo was born there.
Jerry was a High Priest in the Church of Jesus Christ of Latter-day Saints. He held many positions including on the High Counsel, a counselor in the Bishopric, Gospel Doctrine Teacher and a Stake Missionary. He was serving in the Twin Falls Temple when he became ill.
He was preceded in death by his parents Vernon John Craner, and Marvel Ruth Wood Craner and a daughter, Cassie Jo Craner, a sister-in-law, He is survived by his wife, 8 children, many grandchildren and great grandchildren.
A funeral service will be held at 10 a.m. Wednesday, December 31, 2014 at the Main St. L.D.S. Church. A visitation will be 5 -7 p.m. Tuesday Dec. 30 at Farmer Funeral Chapel in Buhl, and from 9:00 - 9:45 a.m. prior to the funeral at the church.

To order memorial trees or send flowers to the family in memory of Vernon Craner, please visit our flower store.