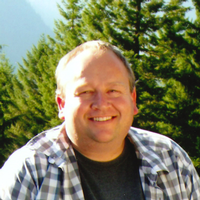 Wesley Bruce Cantrell of Buhl, Idaho went to be with his Lord and Savior, Jesus, on January 15, 2019 after a hard and courageous battle with cancer.
Wesley was born in Aurora, Missouri to Donald “Dean” and Cordia “Pauline” Cantrell. He attended school in Buhl, and Fernley, Nevada and received his GED from CSI. He received his Bachelor’s Degree in Drafting in 2016 and was working on his Master’s Degree in Business prior to his passing.
Wesley had various jobs over the years, and at one time worked for his Dad, milking cows and later his sister, Beverly, and her husband, Dewey feeding baby calves. When he was 24 he moved to the Seattle, Washington area where he lived until returning back to Buhl in November 2018. While in Seattle he worked various jobs while taking several college courses.
Wesley gave his life to Jesus when he was around 20 years old, and served Him faithfully throughout his life. He was the longest attending member of the Potter’s House Church in Federal Way, Washington. He served in many different ministries in his church, but his favorite was being a member of the praise and worship team where he played either the guitar or drums. One of the side effects of chemo was severe neuropathy in his hands and feet. That was one of the hardest things for Wesley to give up was playing his guitar. His fingers became too numb and painful for him to play.
Wesley was a very loving and compassionate person. He loved people and loved to share his faith in Jesus with others. Not once while he was going through his illness did he ever complain. He trusted in His Father in Heaven to heal him and in the end God did.
Wesley is survived by his parents, Dean and Pauline Cantrell, Buhl, ID; a brother, Ralph Carnahan, Kennewick, WA; sisters, Rebecca Francis, Edna, TX, Linda (Scott) Hoffman, Buhl, ID, Judy (Keith) Cook, Filer, ID, Beverly (Dewey Art) Nipper, Buhl, ID, and Sherry (Jim) Byrd, Shoshone, ID and several nieces and nephews. He is also survived by Brent, Gabrielle and Isabella Gardner who became his second family in the Seattle area.
Wesley was preceded in death by his brother, Johnny Dean Cantrell; grandparents, John and Lena Cantrell and Lial “Coon” and Dollie Whaley.
A funeral service will be held Tuesday, January 22, 2019, 1:00PM, at Farmer Funeral Chapel, 130 Ninth Ave. North, Buhl, Idaho 83316, with viewing one hour prior to service. A graveside service will follow at the West End Cemetery.
We would like to give a special thanks to Rose and Shirley who took him to numerous appointments and brought him meals during his illness. Your time and dedication to taking care of our son and brother means more to us than you will ever know. Thank you to Pastor Hutchison, Thomas, and his church family for all your prayers and support. He loved you all.
Memories and condolences may be left for the family at Wesley’s memorial webpage at www.farmerfuneralchapel.com.

To order memorial trees or send flowers to the family in memory of Wesley Cantrell, please visit our flower store.