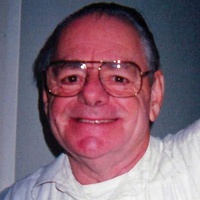 Bill was born October 3, 1940 in Montrose, Colorado to Paul and Rhoda Goodrich. Their family moved to Washington State when Bill was young and they resided in Lynnwood, Wa. Bill went to school in the surrounding towns including Edmonds, Wa. For over 25 years, he worked manufacturing commercial wooden cutting boards at Read’s Products.

Bill met Sharron Arriza at a bowling league. Because he was shy, Sharron had to ask him out on a date. They were married shortly after and at the time of his passing were together for 42 years. Together they had one daughter, Anna.

He and Sharron loved to go camping and fishing, they belonged to a camp trailer club and enjoyed many family trips with their daughter Anna. In 2008, Bill and Sharron moved to Idaho to be near their daughter. They were active in the Calvary Assembly of God Church and he volunteered at the Buhl Food Pantry.

On September 2, 2018 he was feeling ill, went to the hospital and was diagnosed with Nero Invasive West Nile Virus. Bill passed two weeks later.

Bill was a kind, loving man and will be missed by his family and friends.

He is preceded in death by his parents, a sister, Cathy Mancess and a brother, Ron Goodrich.

To order memorial trees or send flowers to the family in memory of William Goodrich, please visit our flower store.