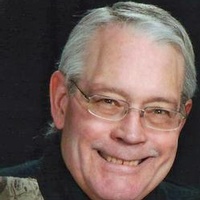 Our beloved husband, father, grandfather and son was called home to heaven on June 29, 2015 following a long fought battle of COPD.

Guy was born November 7, 1956 to Bill & Peggy Lemmons in Gooding, Idaho the oldest of four kids. He moved with his family to Boise in 1958 and back to Buhl in 1963 where he started 1st grade at Immaculate Conception school which he attended through the 6th grade. He served as an altar boy at the church until high school. He attended Buhl schools beginning in the 7th grade. Guy was awarded the citizenship trophy at his 8th grade graduation. Guy excelled academically as well as in sports and drama, graduating in 1975. Guy loved the outdoors hunting and fishing going as much as he could, which was not often enough, in his opinion.
In 1979, Guy and his brother Gregg bought his grandfather's half of B & B Apiaries where he kept bees locally and transported them to California to pollinate the almond orchards. He did this until his health started to fail in 2005 and he was unable to do the physical labor. He served on the board of directors for the Sioux Honey Association for two terms.
Guy and Shiela were married May 21, 1992 and just celebrated their 23rd wedding anniversary.
Guy never met a stranger, everyone was a friend. Guy was blessed to have his best friend, grandson Kaleb, by his side through the last years of his illness.
Guy is survived by his wife Shiela, daughters Stephanie Lemmons, Shayla (Rodney) Tolman, and son Jacob Lemmons. He is also survived by his grandchildren Kelsey and Kaleb Lemmons by his parents Bill and Peggy Lemmons, brother Gregg (Kellie) Lemmons, sister Kay Miller, mother-in-law Onah Dee Mohlenbrink, sister-in-law Corinne (Jim) Mason, father-in-law Gene (Trish) Platt, and many nieces and nephews.
He was preceded in death by his brother Kurt Lemmons, one nephew Dale Miller, his paternal grandparents, maternal grandparents and father-in-law Gale Mohlenbrink.

The family would like to thank Alma and all the staff at St. Luke's Hospice for all of their help and support. In lieu flower, donations may be made to Idaho honey industry association bee research fund, 55 SW 5th Avenue, suite 100 Meridian, Idaho 83642. Guy is loved and will be greatly missed.

A Mass of Christian Burial will be held at 11 a.m., Monday July 6, 2015 at the Immaculate Conception Catholic Church in Buhl. A rosary will be recited at 7 p.m. Sunday, July 5th at the Church. An urn burial will follow the funeral Mass.

To order memorial trees or send flowers to the family in memory of William Lemmons, please visit our flower store.