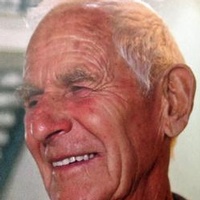 William Lee Stotts passed away 22 March 2016 at age 82 at his home in Buhl, Idaho. He was born in Colton, Henry, Ohio in their upstairs bedroom on 15 February 1934 to Lee H Stotts and Ruby Ray (Perry). He traveled with his father picking fruit for a couple yrs in his youth. He married Mary Hess in 1952, and they had five children together: Ramona Lee (McNeal)- Berryville Arkansas, Sandy Lyn (Long-) Millington Tennessee), Terry Ann (Dyer)- Pocatello, Idaho, Karen K (Myatt)- Sandy, Utah, and William Lee-, Memphis, Tennessee. They divorced in 1962.
On April 11, 1967 he married Carol Ann (Hawley) in Reno, Nevada. They joined The Church of Jesus Christ of Latter-day Saints on June 22, 1969 and then sealed their marriage for eternity in the Oakland Temple on 19 December 1969. He and Carol raised eight children: Michael Terry Stotts- Redding, California, Sonae Marie (Bailey)- Princeton, Texas, Jonas Perry- Preston, Arizona, Jamae Louise (Gammon)- Shelley, Idaho, Hawlae Carol (Griffith)- Anderson, California, Grant Perry- Spanish Fork, Utah, LaeLonae Lee (Gneiting)- Springville, Utah, and Milae Marie (Kiser)- Provo, Utah.
Willi enjoyed family and taught them the value of hard work and living the gospel of Jesus Christ. He would sing random songs no matter where he was without realizing he was doing it. He had a great voice. He loved playing the harmonica, and could play the "Black Hawk Waltz" on the piano. He loved the outdoors, playing on his tractor, and enjoyed life to the max. He studied the gospel on a daily basis and could pull a scripture out of his head when needed. He taught Gospel Doctrine for many years. That was his favorite thing to do. He was in the Bishopric in Redding, California, served 2 Stake missions and was able to teach Gospel Doctrine in his ward in Buhl, Idaho.
He and Carol retired from their Professional Building Maintenance business of 25 years in Redding, California in November 2013 and moved to Buhl, Idaho to live out his retirement years. He was diagnosed with stage 4 lung cancer in November of 2015.
Willi left behind his wife, 13 children, 41 grandchildren, 23 great grandchildren, and 3 great great grandchildren. One brother, Rocky (Marla) Stotts (Indiana), and two sisters, Jeannine Christie (Ohio) and Ramona (California).
Funeral services will be held at 2:00 p.m. Friday, April 1, 2016 in the Buhl LDS church on Main St. A family viewing will be held at 1:00 pm, prior to the service at the church. Interment will be at the New Sweden Cemetery in Idaho Falls, Idaho on Saturday, April 2 at 12:30 pm.
Thanks for the outpouring of love!

To order memorial trees or send flowers to the family in memory of William Stotts, please visit our flower store.