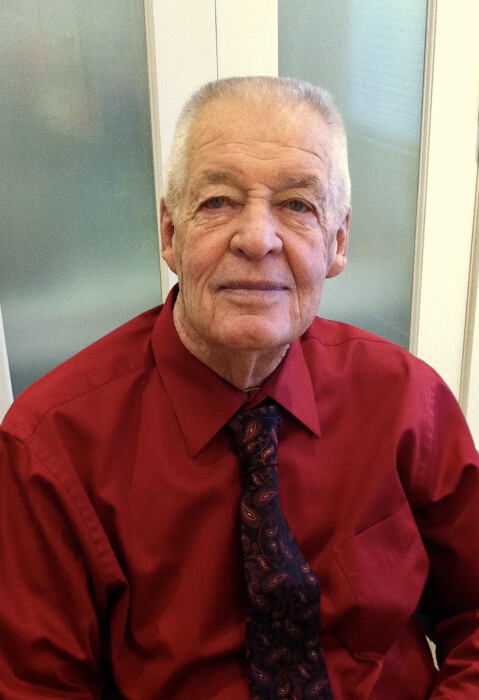 Bill Elliott was born in Howard, Kansas and passed in Boise, Idaho from complications due to TBI induced Alzheimer’s disease.  He moved to Idaho with his parents, John Wesley and Alice Weir (Brown) Elliott, and shared a happy childhood with his sister, Joan Elliott Pond and brother, John Wesley Elliott, Jr.  Bill loved his adopted state, the Magic Valley, Camas Prairie and his community. He consistently sought ways to further community throughout his life.

Bill was immediately smitten with a young banker named Mary Jeanne and their partnership lasted for more than six decades. Together they raised three children and adored their grandchildren and great grandchildren. Bill also cherished his in-laws, nieces and nephews and their children. Bill and Mary Jeanne were true partners in all endeavors from that first day he met her until his last breath.

Bill knew business and often credited his first mentor, Morris Klaas, for teaching him business from the ground up when a very young Bill swept floors with sawdust, sorted bananas, candled eggs, and delivered groceries.  He worked in the family businesses and had adult responsibilities before he was a teenager.  He attended Idaho State College and fortuitously studied business while telling his father he was following a different path.  He then returned to Filer to purchase and modernize the family businesses and introduce new agricultural machinery and technology to the Camas Prairie and Magic Valley.  He also owned the BSA dealership and was called upon by McColluch to consult on some of their products. There was rarely anything that Bill wasn’t able to analyze and improve.

His love for his family and neighbors was shown by his volunteerism. Bill donated his time and talents to the American Red Cross, Filer United Methodist Church, Filer Parks and Recreation, and the Volunteer Fire Department.  He served as a Zoning Council Member, Scout Master of Boy Scout Troop 73, his son’s troop, and he loved working on the Filer High Alumni Reunion and Alumni Scholarship Committees.  He also quietly helped his neighbors through his everyday interactions and acts of kindness. He and Mary Jeanne were humbled to twice be Grand Marshalls for the annual Parade.

Bill was thoughtful, funny, athletic, wise, and always thinking. If asked, he shared his insights and wisdom. He believed each of us can leave a place better than how we found it. This was true whether it was a community, school, or trail. There was always enough time to stop and help. Our family remains a team in spirit.

Our wonderful Bill is survived by his love, Mary Jeanne; his children, Bob, Kathleen; in-laws, Michelle and Teresa; grandchildren, Stacia, Alex, Tasha, Parker, Preston and their families; his lifelong friend, Gene Baxter; and a circle of family and friends in Filer, Fairfield and throughout Idaho and the country.  He was preceded in death by his parents; siblings; and daughter, Christine.

Memorial contributions may be made to an organization of your choice or follow Bill’s example and spend some time helping your community, school, or neighbors.

Memories and condolences may be shared with the family on Bill’s memorial webpage at www.farmerfuneralchapel.com.

To order memorial trees or send flowers to the family in memory of William "Bill" Elliott, please visit our flower store.