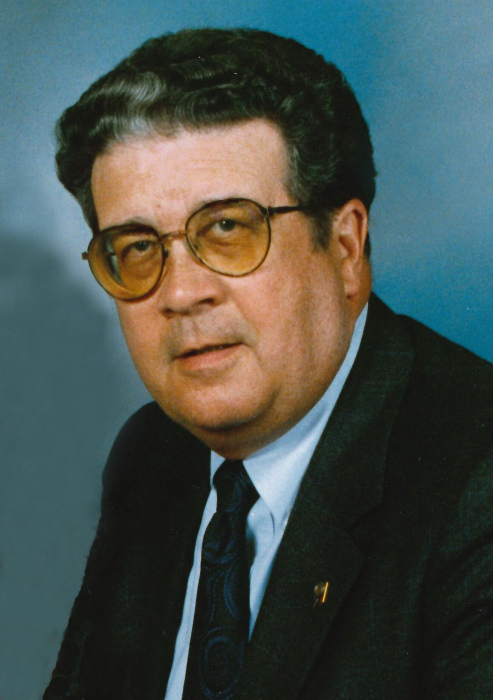 William "Bill" L. Nungester passed away on September 27, 2019. He was born on Sunday, May 6, 1934, in Idaho Falls, Idaho and was the first son of Neva D. Nungester and James L. Nungester. Bill and his brother, Ken, were raised by their mother as a single parent on an elementary school teacher's salary.

Bill graduated from Firth High School in 1952; Idaho State College in 1956; and the University of Idaho College of Law in 1960.

He passed the Idaho Bar in the fall of 1960 and began his career in law as an associate of John C. Hepworth in Buhl, Idaho and as Justice of the Peace for one term. In 1961, he became a partner in the law firm of Hepworth and Nungester. Bill and John continued to be in the same law firm until John's retirement.

Bill married Alice Jo Hawk on November 3, 1956. They were later divorced. They had three children, William G. Nungester, Kristine Jo Nungester, and Mitchell K. Nungester. On April 1, 1978 June May and Bill were married and remained lovers and best friends until Bill's death.

Bill was active in community affairs of Buhl. He served as the Buhl City Attorney for more than fifty years. In the 1970's, while president of the Buhl Recreation Association, he was a leader in the expansion of Faris Field and its reconfiguration. In the 1980's he contributed to the completion of North Park in Memory of his daughter, Kris Nungester. In the late 1990's and early 2000's, while serving as secretary of Buhl Parks and Trees Committee, he spearheaded the fundraising and was involved in the design and construction of the Alta Gannon Stage at McClusky Park.

Bill was a member of the Buhl Rotary Club since October of 1960. He was a board member for a number of years and president in 1977-1978. He persuaded the Club to sponsor the Rotary Club Track Meet which has developed into one of the top high school track meets in southern Idaho.

Bill has been the president and board member of the Buhl Public School Foundation; past president of the Idaho State University Alumni Association; the recipient of the State Board of School Trustee's 2000 award as an outstanding citizen in his community and in recognition of his dedicated service to Idaho youth.

Bill is survived by his lovely wife, June; sons, William G, Nungester and Mitchell K. Nungester; stepsons, Wade E. May and Scott B. May; and a number of grandchildren, and great-grandchildren.

Bill was preceded in death by his daughter, Kris; brother, Ken; and his parent.

The family requests that in lieu of flowers, donations be made to the Buhl Public School Foundation, P.O. Box 108, Buhl, Idaho 83316 or the donors' charity of choice.

Memories and condolences may be shared with the family of Bill's memorial webpage at www. farmerfuneralchapel.com

To order memorial trees or send flowers to the family in memory of William "Bill" Nungester, please visit our flower store.

Episcopal Church of the Ascension