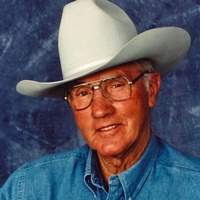 Bill was born in Springfield, Idaho on September 18, 1922 to Everett Willis and Violet (Lovern) Parson. He was raised in Arco, Idaho, and the Copper Basin where the family ranged cattle for the Cattleman’s Association.

Bill spent two years in the Army in Germany and three years in the Navy CB’s. After returning to Idaho he married Zella Mae Wilson, and they had four daughters. Bill worked for the Atomic Energy Commission. Later the family moved to Kentucky to help in the construction of Nuclear Power Plants. On returning to Idaho, Bill owned his own service station in Shoshone. After selling the station, he bought a ranch north of Shoshone and later bought property in Grandview, Idaho.

Later in Grandview, he married Shirley Cooper in 1984, together they ranched and traveled the Juniper mountains. They built a log cabin in Lava Hot Springs, Idaho where they traveled and enjoyed the mountain air. Bill and Shirley moved to Augusta, Kansas and lived until Shirley's passing. For the last year and half Bill resided with his daughter, Linda McCaughey, in Hagerman, Idaho.

Bill was preceded by death by his parents; his wife, Zella Mae; his wife, Shirley; three sisters and one brother.